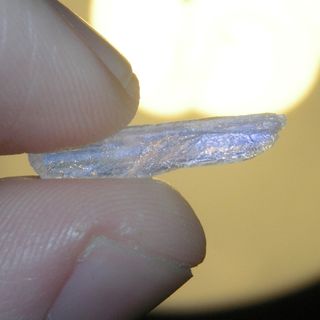 Much like humans, fruit flies hooked on meth increase their physical activity and drastically cut down on eating, according to a new study that shows how meth use gravely upsets metabolism and can lead to death by anorexia.

Meth, or methamphetamine, is a strong stimulant that triggers a surge of dopamine in the brain, leading to the typical euphoria described by users. But meth also kills brain cells, loads the body with toxins and weakens the heart, muscles and bones. The drug has similar toxicological effects in fruit flies, which make them good models for studying meth's impact on humans.

Researchers at the University of Illinois at Urbana-Champaign and Purdue University previously found that fruit flies on meth experience less drug toxicity if they've been on a sugary diet. This suggested that meth use seriously disrupts normal metabolism (the processes that transform nutrients into energy to keep your body running), though it was unclear exactly how. For the new study, the researchers tracked how meth use affected the flies' energy reserves and shaped their eating habits, physical activity and respiration rates.

"We found that methamphetamine in the diet increased the flies' locomotor activity twofold and decreased their food consumption by 60 to 80 percent," researcher Kent Walters of the University of Illinois said in a statement.

The team also found that the flies' levels of triglycerides and glycogen — molecules that function as energy reserves — decreased steadily with meth use, indicating that the drug was causing the flies to burn more calories than they were consuming. In other words, they were starving. And even though these energy reserves were being burned up, the flies' metabolism rates actually declined with meth use, the researchers said. [10 Easy Paths to Self Destruction]

"While methamphetamine exposure has a lot of other toxic effects that also undermine an animal's health, we show that meth exposure leads to anorexia, and the resulting caloric deficit exhausts the animal's metabolic reserves," Walters explained in a statement. "This is likely a primary factor in meth-induced mortality."

The researchers found that adding sugar to the flies' diet slowed their rate of decline and death. But the scientists are still unsure why this happens. It could be that sugar stalls death by replenishing the flies' shrinking energy reserves, or that something in the sugar actually mitigates the toxicity of meth, the researchers wrote in their research paper published online Aug. 1 in The Journal of Toxicological Sciences. The latter, they said, could offer an "intriguing explanation" for why human meth users often crave and consume large quantities of sugary drinks.