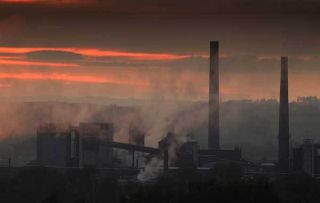 Rich and poor alike, urban Chinese citizens are inspired to go green if they live under smog-filled skies or amid other environmentally damaged conditions, new research finds.

About 5,000 residents in Chinese cities were asked to detail their environmental habits in a survey, revealing whether or not they sorted their garbage to separate recyclables, reused plastic bags, talked about environmental issues with family or friends, volunteered in environmental organizations or took part in environmental litigation. They were also asked if they thought they had been exposed to environmental harm.

The respondents who said they had been exposed to pollution were more likely to pick up green habits like recycling, the researchers explained. Among those who said they had been exposed to environmental harm, most turned to actions that produced direct results, such as environmental litigation. Furthermore, the authors found that citizens' views about the environment were most likely to inspire green habits if those behaviors were ones that they could control, such as reusing plastic bags and talking about environmental issues, according to the researchers.

"Basically, it means that if people are affected by environmental harm, they feel they should do something positive, and something they themselves can control," researcher Xiaodong Chen, of Michigan State University, said in a statement.

The study, published in the journal AMBIO, also suggested that the poor cared about being green as much as the rich and would even sacrifice financial gain to protect their environment, defying assumptions that only the rich can afford to care about being green.