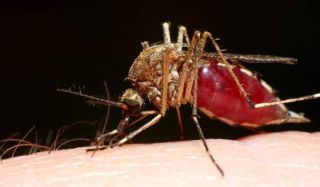 A 50-year-old Staten Island man is the first person in New York to be diagnosed with West Nile virus this year, according to a statement today (July 26) from the New York City Health Department.

That brings the total number of states reporting cases of West Nile in 2012 to 17. Most cases have occurred in southern states, including Texas, Louisiana, Mississippi and Oklahoma, but the disease has been reported in Minnesota and South Dakota, according to the Centers for Disease Control and Prevention.

Not including the New York man, 182 people have been reported to have West Nile, and two have died from the disease, the CDC says. The deaths were reported in Texas and Arizona.

Cases of West Nile, which is transmitted by mosquitos, typically increase during the summer.

In some people, particularly those over age 50, the virus can cause a life-threatening infection of the brain and spinal cord, the NYC Health Department says. The New York man was hospitalized with this condition, called viral meningitis.

The best way to protect yourself from West Nile virus is to avoid mosquito bites, according to the CDC. The CDC advises people to use insect repellent, wear long sleeves and pants (especially at dawn and dusk, when mosquitoes are most active), use window screens, and get rid of standing water, such as buckets and barrels, as these can serve as mosquito breeding sites.

Pass it on:  The best way to protect against the West Nile virus is to avoid mosquito bites.