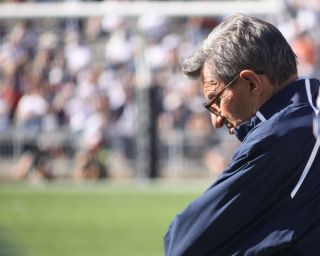 Penn State University spent decades building its brand. Now – following an NCAA punishment that includes $60 million in fines, the loss of athletic scholarships and a four-year bowl game ban – the school must start the process all over again.

While the football team has garnered much of the blame, crisis management consultant Dr. Ken J. Brumfield said the problem at Penn State went far beyond the athletic department.

"It's not the football culture, but rather the senior executive team culture that got them here," Brumfield told BusinessNewsDaily.

Brumfield believes the school's senior leaders built a negative culture through its character, values and behavior that set the tone for the entire campus.

"(The problems) were started because of the top-level management culture, and that had a snowball effect all the way down to the janitors," said Brumfield, who recently authored the self-published book "S.E.T. CULTURE: What Every Organization Needs to Know Before Crises Occur."

"It isn't until (the public) see Penn State doing more than just giving lip service that they can start rebuilding their brand."

[5 Signs Your Company's Got a Penn State Problem]

Businesses can learn a lot from Penn State’s downfall, Brumfield said. Chief among the lessons: Don’t wait until a crisis to see if you can handle one.

"Know your culture and find out if it is indicative of effective crisis management," Brumfield said. "Don't wait until a disaster happens to start diagnosing your senior executive team culture."

Brumfield is a senior management consultant and management professor and has worked with organizations such as MDRC, Columbia University’s National Center for Postsecondary Research and Bizlink.