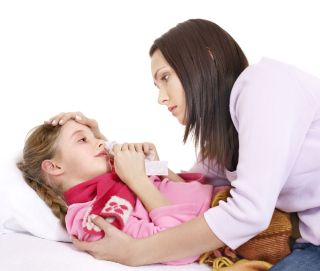 Whooping cough infections in the U.S. may be on track for record-high rates this year, researchers at the Centers for Disease Control and Prevention said today.

So far in 2012, there have been nearly 18,000 cases of whooping cough reported to the CDC, said Dr. Anne Schuchat, director of the CDC's National Center for Immunization and Respiratory Diseases. That's more than twice the number of cases reported by this time last year, Schuchat said, and more than occurred during the first part of the last five years.

If this year's rate of infections continues, 2012 could have the highest number of infections since 1959, Schuchat said at a news conference.

In Washington State, which is currently experiencing a whooping cough epidemic, there have been more than 3,000 cases this year, said Mary Selecky, secretary of the Washington State Department of Health. That's a large increase from the 200 cases reported in the region during the same time period last year, and the highest number of cases in any year since the 1940s, Selecky said.

Particularly high rates of the disease were seen in 10-year-olds, and in teens ages 13 to 14, despite the fact that many of these adolescents had received a whooping cough booster shot just a few years before, according to a new CDC report on the Washington epidemic.

A similar trend of increased whooping cough, or pertussis, infections in pre-teens and teens has been observed nationally, the CDC report said.

The findings suggest that the immunity offered by the current vaccine, known as the accellular pertussis vaccine, fades after a few years, leaving some groups vulnerable to infection, the CDC says.

The CDC is studying whooping cough epidemics, such as the one in Washington, to determine whether changes in the vaccination schedule for teens or adults will be needed, Schuchat said.

This accellular pertussis vaccine was introduced in 1997, after concerns that the previous vaccine, called the whole cell pertussis vaccine, caused unwanted side effects in some, such as fever and swelling at the injection site. The older version was less purified, but thought to offer long-lasting protection.

While the new vaccine's protection may not last as long, vaccination remains the best way to protect yourself and those close to you from whooping cough, the CDC report said. Unvaccinated children are eight times more likely to catch pertussis than vaccinated children.

Infants are the most susceptible to the disease, and receive vaccinations at 2, 4 and 6 months of age through the diphtheria, tetanus and pertussis (DtaP) series of shots. A fourth shot is given between ages 15 and 18 months, and a final shot between 4 to 6 years.

A booster shot, called Tdap, is recommended for pre-teens ages 11 to 12. Pregnant women and those in contact with infants are also recommended to receive one dose of Tdap.

In 2010, just 8 percent of adults had received the Tdap booster, Schuchat said. "We know we can do so much better," she said.

Pass it on:  Many states are seeing unexpectedly high rates of whooping cough this year.