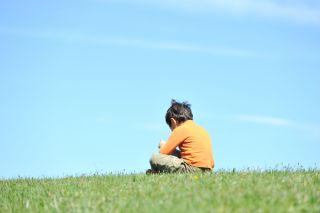 A survey given to parents when their children are 1-year old children may help identify kids at risk of autism, a new study suggests.

In addition, most of the children who were identified as being at risk for autism ended up having some type of developmental disability at age 3, whether it was autism or another condition.

Lauren Turner-Brown, of the University of North Carolina School of Medicine, and colleagues analyzed information from about 700 children whose parents had completed the First Year Inventory when their children were 12 months old. The survey asked 63 questions about infant behaviors, including questions about the infants' communication, imitation and repetitive behaviors.

Based on the survey scores, 13 of the children were identified as at risk of having autism.

Eventually, doctors diagnosed nine children with an autism spectrum disorder, including four of the children identified as being at risk at age 1. An additional seven of the 13 children had other developmental disorders, or had parents who were concern about their development.

This means that, for the most part, a positive result on the First Year Inventory would not alarm parents unnecessarily "as their child likely would have some form of developmental concern warranting intervention services," the researchers said.

However, the survey missed five of the nine children who had autism. This means that continued surveillance of children for signs of autism after one year would be encouraged, and that additional research is needed to identify other behaviors not examined by the test that may be signs of autism, the researchers said.

It is rare for children to be diagnosed with autism before age 2, meaning doctors and parents miss opportunities for early treatments. "Thus, effective methods for early detection of risk for [autism spectrum disorders] are urgently needed," the researchers said.

The study was published online July 10 in the journal Autism.

Pass it on:  A test give to 1-year old children may help identify kids at risk for autism or other developmental disorders.