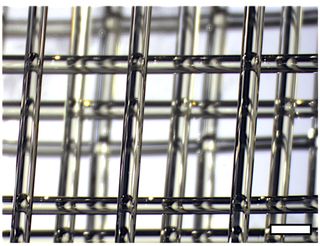 A new formula creates 3D-printed blood vessels that may be incorporated into entirely man-made organs for transplants in the future. The printer doesn't directly print the blood vessels, however; instead, researchers have printed a stiff mold made of sugar that gets embedded in tissue, then dissolved, leaving behind open channels inside the tissue that act as blood vessels. The technique is one way of getting blood vessels into man-made organs, such as kidneys or livers. "Making the 'plumbing' is now a lot more straightforward with our 3D-printed sugar filaments," Jordan Miller, a bioengineer University of Pennsylvania who led the research, wrote to InnovationNewsDaily in an email.

Creating a good artificial vascular system is an important step toward building a man-made transplant that works like the real thing.  Artificial skin, windpipes and bladders already appear in operating rooms today, but kidneys and livers are more difficult for researchers to build because the cells inside them are more sophisticated. For one thing, kidneys and livers require many blood vessels to carry nutrients to them. "Addressing the vascular structure is one of the key challenges," said Abraham Stroock, a chemical engineer at Cornell University who was not involved in the research.

Miller and some colleagues at the University of Pennsylvania came up with a blend of sugar molecules to go in an open-source 3D printer called RepRap. They wrote the directions for the printer, which printed out a network of sugary tubing they called "carbohydrate glass." Like glass, it's stiff at room temperature and translucent. [10 Incredible 3-D Printed Products]

They sent the tubing off to the Massachusetts Institute of Technology, where researchers poured a gel containing liver cells around the carbohydrate glass. After the liver gel set — "It's very similar to Jell-O," Miller said — it created a tiny rectangle of solid tissue wrapped around the sugar tubes.

Researchers then flushed the tubes with water, dissolving the sugar structure and leaving behind open channels inside the liver Jell-O. The channels act like blood vessels. When researchers began pumping a liquid containing oxygen and nutrients through the channels, they found the cells near the channels responded. Compared with a similar-size slab of liver cells that lacked channels, the channeled liver slab made more of the normal liver chemicals, which indicate that it's healthy.

The whole setting-and-flushing process only takes about 30 minutes. "Then we can immediately start to flow in oxygen and nutrients," Miller told InnovationNewsDaily. So the liver cells get their food and oxygen quickly, keeping them healthy. The technique also doesn't require the liver cells themselves to go through a 3D printer. "Liver cells in particular, they don't survive those processes well," Miller said.

Miller and his colleagues published their work in the journal Nature Materials on Sunday (July 1). "The paper is a very solid demonstration of a new technological approach to putting structure inside of a matrix for the growth of cells," Stroock said. Liver cells were a challenging example to choose, he added.

Several researchers, including Miller and Stroock, are now working on building parts of sophisticated artificial organs. They're excited, considering the success of artificial skin and bladders, but it will still take decades for an artificial liver to be ready to be transplanted into a person, Miller and Stroock say. Researchers still need to work on making more sophisticated liver tissue and on connecting a man-made liver to a person's natural tissues.

Meanwhile, Miller's technique might be used to make something like an artificial kidney that works outside the body, cleaning the blood, or like a living pharmaceutical factory, pumping out biological drugs, Stroock suggested. "That is a much shorter term target," he said.

Artificial vasculature might also help grow artificial meat, though researchers are less interested in that than in artificial organs, Stroock said. "There's potential in that area," Miller said, while adding his lab does not study lab-grown meat. Stroock was more skeptical: "I think it's justified that it's not being well-funded or heavily pursued because it doesn't serve an obvious need. It's not at all obvious that it'd be an efficient way to generate biomass."