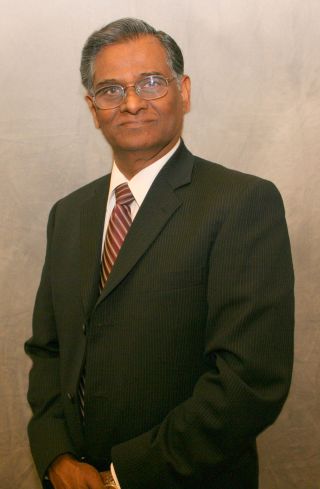 Shaik Jeelani was humbled when he visited the White House last fall to be honored as one of the nation's top science and engineering mentors; but, to his close colleagues, the award was a natural culmination of a nearly 40-year career dedicated as much to student advancement as to materials science research.

"The thing that I'm most proud of is not the publication record — it's the students' lives I've touched," he said. Vice president for research and sponsored programs at Alabama's Tuskegee University, Jeelani has had more than 200 articles published in peer-reviewed journals. His current research focuses on the development and characterization of biodegradable composites using waste materials and natural products for military, industrial and healthcare applications.

He was among nine individuals or organizations that received the 2011 Presidential Awards for Excellence in Science, Mathematics and Engineering Mentoring, the nation's highest mentoring award.

The award recognizes "outstanding individual mentoring efforts or organizational programs designed to enhance the participation and retention of individuals (including persons with disabilities, women and minorities) who might not otherwise have considered or had access to opportunities in science, technology, engineering, and mathematics)."

Jeelani's own life story demonstrates the importance of mentoring. Originally from India, he immigrated to the U.S. for a master's degree at North Carolina State University in 1967. While there, a mentor identified his talent and asked him to continue as a Ph.D. student — a decision that changed the trajectory of Jeelani's life.

After completing his studies, Jeelani was recruited to the faculty of Tuskegee University, in Alabama, where he obtained tenure in just five years. He then joined the administration in the school of engineering to lead recruitment and retention, and although some colleagues at the time were resistant to his efforts, he ultimately succeeded.

Jeelani cites the support of former Tuskegee president and mentor Benjamin Payton (who nominated him for the mentoring award), and the personal satisfaction derived from impacting students' lives as his motivation.

"If the students didn't appreciate what I was doing, I would have stopped," he said. "That's what keeps me going."

His efforts proved successful, and by the late 1990s, Dr. Jeelani was elevated to his current post of vice president. In 1998, using funding from National Science Foundation's Centers of Research Excellence in Science and Technology program, he spearheaded the development of the Ph.D. program in materials science & engineering.

This program, the first Ph.D. program in the school's history, is now the largest producer of African-American Ph.D.s in materials science & engineering nationwide, placing graduates in positions throughout academia, industry and in national labs.

"He does what's best for the student, not the advisor," said Merlin Theodore, a graduate of the Tuskegee program. Currently a test engineer at SGL Automotive Carbon Fibers (a start-up in Washington state that partners with BMW to make components for their new electric cars), Theodore's trajectory was almost derailed after a rocky relationship with her initial Ph.D. advisor. "Without Dr. Jeelani, I probably would have given up," she said.

Dr. Jeelani helped her to find a compatible mentor, funded her travels to do collaborative research at three other universities and to international conferences, and used his network to help her gain her first position.

Other mentees also sing Jeelani's praises. "He's always very positive and believes in you, even when you doubt yourself," said Renee Rogers, a senior multidiscipline engineer at Raytheon Missile Systems in Tucson. She said Jeelani was the catalyst for her decision to pursue her Ph.D.

Cheryl Lester first met Jeelani as a participant in a summer outreach program that Jeelani ran 21 years ago for high school students from disadvantaged backgrounds. Jeelani continued to advise and shape Lester's career while she completed her studies at other institutions. Now, she's an associate professor of computer science at Tuskegee, where she's fulfilling Jeelani's legacy by training a new generation of students.

Jeelani said mentoring is not a simple formula. It involves taking the time to "understand a student's situation and then help them out by guiding them properly." Jeelani makes it clear that none of these activities would be possible without support from several government agencies, noting the costs of proper graduate training are well beyond what the basic university budget allows.

"Without National Science Foundation funding," Jeelani said, "our productivity would be nominal." He plans to use his $25,000 award to continue his mentoring activities — sponsoring workshops on mentoring and graduate school opportunities, as well as funding travel support for graduate students and junior faculty members.

Despite a long and accomplished university career, Dr. Jeelani has no plans of slowing down. He's currently the principal investigator on an National Science Foundation grant that aims to help middle school students from Alabama develop a deeper understanding of earth, atmospheric, life and physical sciences.