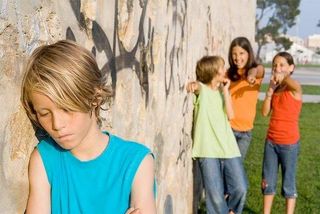 About 15 percent of Americans think bullying is the top child health priority that presidential candidates should focus on.
(Image: © Dreamstime)

Amidst debate over immigration laws and health-care reform, presidential candidates may also want to put some focus on childhood obesity and bullying, according to results of a new poll showing Americans' top priorities regarding childhood health concerns.

"Health-care reform is a major topic during this election season, but much of that focuses on uninsured adults and the costs of health care," study researcher Matthew Davis of the University of Michigan said in a statement. "The health of children usually is not the focus of the political talk," said Davis, who is director of the C.S. Mott Children's Hospital National Poll on Children’s Health.

In the survey, 2,100 adults were asked to select the single most important child health issue from a list of 24 common concerns. About 17 percent of adults said childhood obesity is the top child health priority that presidential candidates should focus on; Some 15 percent said bullying is the top issue; 11 percent indicated drug abuse and 8 percent ranked child abuse and neglect as the top child health issue that needs to be addressed by the presidential candidates.

The participants were selected to represent the demographics of the nation as a whole, and so the results should be representative of the views of the general public. As such, "about 40 million Americans of voting age believe that the top child health priority for presidential candidates to address is childhood obesity," Davis and his colleagues write in their online report published today (June 18).

There were no differences in child health priorities by adults' political party affiliation or race/ethnicity.

Davis points out that many serious health problems in adults stem from factors that begin in childhood, including obesity, heart disease, diabetes and depression.

"These are common issues that we can agree on, no matter your choice of presidential candidates. These four issues — childhood obesity, bullying, drug abuse and child abuse and neglect — were the choice of more than half of the adults that we polled," Davis said.

The survey was conducted in May by Knowledge Networks, Inc., for the hospital.