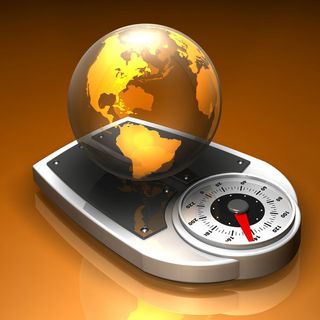 Scientists have calculated just how much extra weight the world is carrying due to overweight and obese individuals, with the United States ranking at the top of the "Heaviest 10" category, and the "Lightest 10" list being composed entirely of African and Asian nations.

Here's how they came up with their national estimates: Using data from around the world for 2005, researchers used body mass indexes (BMI, or a measure of body fatness) and height distributions to estimate average adult body mass. They then multiplied these results by population size to get a total mass, referred to as biomass.  They evaluated body mass using BMI thresholds of greater than 25 for overweight and greater than 30 for obese. The collective mass of the adult population in 2005 due to obesity was 3.9 million tons (3.5 million metric tons), they calculated.

Globally, average body mass globally for an individual was calculated at 137 pounds (62 kilograms). [Full story on the weight of the nation]

The research is detailed online Sunday (June 17) in the journal BMC Public Health.