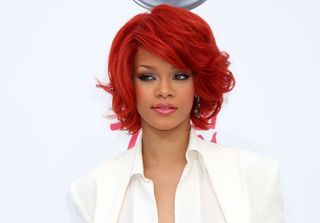 Receiving vitamins through an intravenous drip may be the latest Hollywood health craze, but there's little evidence the practice has any health benefits, experts say.

Last month, the singer Rihanna tweeted a picture of her arm connected to an IV drip, which apparently delivered a solution of vitamins directly into her vein, according to ABC news. Other celebrities, including Madonna, have also reportedly received vitamins this way.

The IV solutions can contain a single vitamin, such as vitamin C, or a cocktail of nutrients, including magnesium, B and C vitamins, experts say. Some people say they feel more "alive" after receiving the infusion, ABC reported.

While such drips can be beneficial for people with certain conditions, such as those who have trouble absorbing nutrients through their gastrointestinal tract, they should not be used routinely by people who are looking for a quick-fix for their health, said Dr. David Katz, director of the Prevention Research Center at Yale University School of Medicine.

"We are 'designed' to get nutrients through our GI tract; and absent a clear and compelling reason to do otherwise, that is how we should get them," Katz said.

Experts agree the best way to get vitamins is through a healthy diet.

When vitamins are delivered intravenously, they reach the blood faster than when taken orally. Many people who receive the infusions report feeling healthy immediately afterward, said Dr. Robert Graham, an internist at Lenox Hill Hospital in New York. Graham said he gave intravenous vitamins to his patients when he worked at another institution, but no longer performs the procedure.

The benefit people report may well be due to the placebo effect, the phenomenon in which a person feels better after a treatment because they believe it works, Graham said.

Some research suggests vitamin infusions can have benefits for certain conditions. For instance, Katz found in a 2009 study that intravenous vitamin therapy lessened pain for patients with fibromyalgia. However, the treatment was not more effective than a placebo.

Research on the drips is preliminary, and it's not clear whether any reported effects are long-lasting, experts say.

"There's no scientific evidence that this has meaningful effects," over the long term, said Dr. Kevin Fiscella, a professor of family medicine at the University of Rochester Medical Center in New York.

Any IV treatment carries a risk of bruising, infection and vein inflammation, Katz said. And although it's very unlikely, there's also a risk that the wrong dose of a nutrient will be infused, which could lead to sudden cardiac death, Katz said.

In addition, if the treatment is done outside a hospital, in an environment in which the content of the infusion is not properly controlled, users cannot be sure what's in their IV bags, Fiscella said.

"We know that for many herbal and vitamin supplements, the control and purity varies enormously," Fiscella said, and such variation is also seen in shipments of vitamin IV bags. "It's really 'buyer beware,'" he said.

For instance, a study published in October showed that women over age 60 who took vitamin supplements had a higher risk of dying over a 20-year period compared with those who did not take vitamins.

People should not get IV infusions of vitamins because the risks appear to outweigh the benefits, unless the vitamins in the bag are catered toward a patient's specific nutritional needs, Tallmadge said.

Pass it on:  The best way to get vitamins is through a healthy, balanced diet, and not through oral or I.V. supplements.