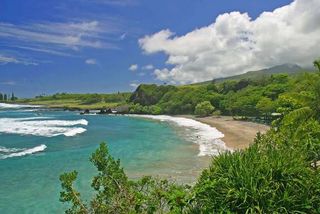 Fantasies may influence people's eventual decisions by prompting them to overlook the negative considerations that arise farther down the road, a study says.

After researchers gave their study volunteers a chance to fantasize about one of three things: a dream vacation, wearing glamorous high heels or making a pile of money on the stock market. Afterward, the participants were more prone to focus on the positive aspects than the negative aspects of such an event actually happening. In other words, the researchers found, fantasizing makes one more likely to focus on how fabulous her calves would look when wearing stilettos, rather than the calluses and bunions that might follow.

The finding has implications for how people get information when they are in the early stages of planning an event, according to the researchers, who point out that this bias ultimately may affect decision making later on.

"Our work suggests that before getting to this point, positive fantasies might lead people to acquire biased information — to learn more about the pros rather than the cons," Heather Barry Kappes of New York University said in a statement. "Thus, even if people deliberate very carefully on the information they've acquired, they could still make poor decisions."

After being asked to think about how great one of the three future scenarios would be, participants were given the opportunity to learn more on the topic, for example, by reading a website describing the positive and negative health consequences of wearing high heels.

Kappes and co-author Gabriele Oettingen, also of NYU, compared the participants' preference for pros versus the cons, by, for example, monitoring the amounts of time they spent reading about each. They found that participants who had initially been given an idealized fantasy scenario, rather than one that included the potential problems, focused more on the positive information about the shoes, the trip or the stock market earnings, than on the negative.

The researchers noted that this bias toward the positive was most notable for participants who were not serious about pursuing the opportunities.

"Turning away from contradictory information allows idealized fantasies to be enjoyed untarnished, but may lead to shunning potentially helpful resources for decision making," the researchers concluded. "Simply dreaming it, then, is not the key to making dreams become true."

The research was published online Wednesday (May 30) in the journal Personality and Social Psychology Bulletin.