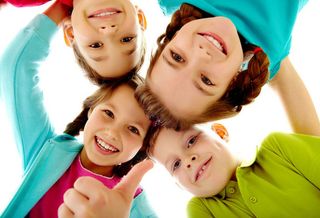 Scientists are figuring out the neural processes involved in our rose-colored views of the future in the face of reality.
(Image: © Dmitriy Shironosov | shutterstock)

Most people smile when frustrated, even if they don't notice it, suggests a new study that also found computers can do a better job than humans of telling a real smile from a frustrated one.

When people guess at how genuine a smile is, or what emotion it's portraying, we don't know exactly what cues we're responding to. The new study found that timing has a lot to do with how people interpret expressions, said study researcher Ehsan Hoque, of the Massachusetts Institute of Technology (MIT). How quickly someone smiles can tell us what they actually mean by it, Hoque said.

For example, former British Prime Minister Gordon Brown was widely seen as having a phony-looking smile, largely because of the unnatural timing of his grin. Similarly, a campaign commercial for former presidential candidate Herman Cain featured a smile that developed so slowly — it took nine seconds to appear — that it was widely parodied, including a spoof by comedian Stephen Colbert, Hoque noted.

"Getting the timing right is very crucial if you want to be perceived as sincere and genuine with your smiles," Hoque said in a statement.

When asked to fake frustration 90 percent of subjects didn't smile. But when presented with a task that caused genuine frustration — filling out a detailed online form, only to then find the information deleted after pressing the "submit" button — 90 percent of them smiled.

Still images showed little difference between these frustrated smiles and the delighted smiles elicited by a video of a cute baby, but video analysis showed that the progression of the two kinds of smiles was quite different: Often, the happy smiles built up gradually, while frustrated smiles appeared quickly but faded fast.

Participants were then asked to interpret images of people's responses; when the images were real, they were right only about 50 percent of the time, but when they looked at images of people faking happiness and frustration, they were able to tell the two apart easily, since people didn't smile when they pretended to be frustrated. When a computer was programmed with information on the timing of the two types of smiles (real joy and real frustration), it was able to tell the difference with 90 percent accuracy.

The analysis could also be useful in creating computers that respond in ways appropriate to the moods of their users. One goal of the research is to "make a computer that's more intelligent and respectful," Hoque said.

Understanding the subtleties that reveal underlying emotions is another major goal of this research. "People with autism are taught that a smile means someone is happy," Hoque said, but research shows that it's not that simple. Understanding the differences between different smiles could be helpful when training autistic kids to recognize smiles.

In addition to providing training for people who have difficulty with expressions, the findings may be of interest to marketers, Hoque said: "Just because a customer is smiling, that doesn't necessarily mean they're satisfied."

The results were published April 11 in the journal IEEE Transactions on Affective Computing.