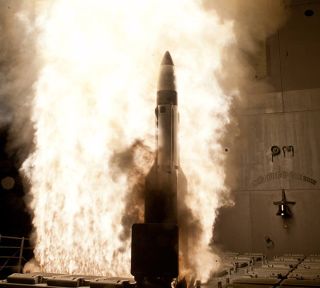 What scares the U.S. Missile Defense Agency as much as the prospect of North Korean or Iranian missiles capable of striking the homeland? Counterfeit electronics that can easily sneak into systems meant to defend against such attacks — or that can end up in high-tech drones, fighter jets, ships or tanks — unless the military can find a way to spot them, such as through DNA-based markings.

Counterfeits become a particular threat when the U.S. military tries to buy replacement parts no longer made by the original manufacturer. For instance, more than 10 percent of the electronic parts in the U.S. Ballistic Missile Defense System are obsolete, representing anywhere from 1,000 to 10,000 unique electronic components. To screen out fakes when buying parts from third-party companies, the Missile Defense Agency wants to incorporate DNA markings or use similar technology that is inexpensive but can't be copied by counterfeiters.

"While marking or coating components does not solve the current issue with obsolete parts, it would proactively address the counterfeiting of currently active parts which may become unavailable from authorized suppliers in the future," according to the MDA solicitation for a solution, which it issued April 24.

Counterfeiters will resort to sandpapering, sandblasting or even mechanical polishing techniques to remove ink markings that would otherwise help identify an electronic part. Anti-counterfeiters need scanning electron microscopes to detect the changes in the surface textures or leftover sanding particles.

The U.S. military is looking for an anti-counterfeiting method that includes at least 10,000 different formulations for unique markings on electronic components. The method also must prove unerringly accurate in distinguishing between legally marked components and illegally marked parts.

Counterfeiting is a growing problem. U.S. customs agents seized over 5.6 million counterfeit semiconductor devices over two and a half years starting in 2007. In a study detailed in March, the Government Accountability Office, posing as a fictitious company, bought counterfeit military-grade electronics from Chinese companies.

The Navy estimates that counterfeit parts already make up 15 percent of all spare or replacement electronic circuits bought by the U.S. military.