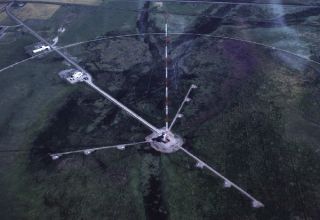 Collisions with communication towers kill about 6.8 million birds — nearly all of them migratory — each year in Canada and the United States, a new study has calculated.

Researchers based their calculation on previous studies of bird victims found around 38 towers, extrapolating the findings to all towers 197 feet (60 meters) or higher in the two countries.

The worst offenders are tall towers, some so high they reach into altitudes at which migratory birds travel, and those with steady-burning red lights.

Bad weather can force the birds to fly lower and, at night, block out navigational cues from stars, leading them to hone in on the steady lights. The birds circle the tower; and if it is a tall one, the circling birds risk running into the many cables, or guy wires, that support it, as well as running into each other, said study researcher Travis Longcore, who is affiliated with the nonprofit Urban Wildlands Group and the University of Southern California.

Largely because of the cables necessary to support it, height has a big effect; 71 percent of bird deaths happen at the tallest 1.9 percent of towers, Longcore and colleagues calculated. The worst offenders are TV, radio and other tall towers, not cellphone towers, which are smaller.

A simple switch could reduce the allure of the lights. Replacing steady-burning lights on tall towers with blinking ones could cut bird deaths by 45 percent, they write.

"We don't know whether or not this is affecting any particular species at this point," Longcore said of the estimated death rate. "We are continuing to do research in this direction; however, it is something that we shouldn't have to wait to prove the impact when there is such a simple policy solution."

In the study published on Wednesday (April 25) in the journal PLoS ONE, the researchers also advocate for the sharing of towers to reduce the number needed, minimizing the use of guy wires, limiting tower height when possible and avoiding other sources of light, especially flood lights, at the base of towers.

About 95 percent of the affected birds are neotropical migrants whose travels take them between North America and Mexico, Central America, South America or the Caribbean islands. Many of these are species about which conservationists are already concerned, Longcore said.