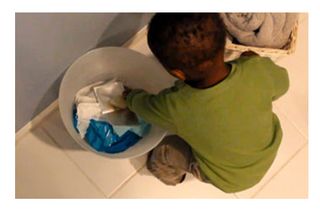 Children should not be exposed to a certain type of skin patch that delivers pain medication, as the patch can be deadly to children, the Food and Drug Administration said today.

In a warning to consumers, the FDA said parents should take steps to ensure proper storage, use and disposal of fentanyl patches (brand name Duragesic), to prevent potentially life-threatening harm.

The patches contain fentanyl, a potent opioid pain reliever that treats chronic pain by releasing the medicine over the course of three days. An overdose of fentanyl — caused when the child either swallows the patch or applies it to his or her own skin — can cause death by slowing breathing and increasing the levels of carbon dioxide in the blood, the FDA said.

Recently, the FDA evaluated a series of 26 cases where children were accidentally exposed to fentanyl patches, reported over the past 15 years. Of these, 10 cases resulted in death and 12 in hospitalization. The majority of cases occurred in children two years old or younger.

"These types of events are tragic; you never want this to happen," said Dr. Douglas Throckmorton, deputy director of FDA's Center for Drug Evaluation and Research. "This reinforces the need to talk to patients and their families to make sure that these patches are stored, used and disposed of carefully," Throckmorton said.

When adults hold infants, the patches can detach or transferred from adult to child, the FDA says. Toddlers are also more likely to find lost, discarded or improperly stored patches and ingest them or stick them on themselves. A greater amount of the medicine is released if the patch is chewed and swallowed, and even used patches can contain a significant amount of fentanyl, the FDA says.

To reduce the possibility that children will be exposed to fentanyl, FDA recommends that fentanyl patch users take these precautions:

Pass it on:  Fentanyl pain reliever patches can be deadly to children, and parents should take steps to ensure proper storage, use and disposal of the patches.