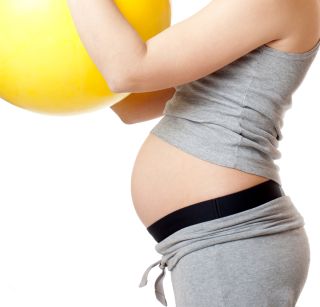 Pregnant women who are only modestly overweight and have moderately elevated blood sugar levels may be at a higher risk for pregnancy complications than thought, a new study says.

The researchers found that mothers who were overweight and had slightly elevated blood sugar tended to have babies that weighed more than babies of healthier mothers.

Babies born to moms who were obese and had gestational diabetes weighed about 12 ounces more, on average, compared with babies whose moms were of normal weight and had healthy blood sugar levels.

But babies born to mothers who were overweight (but not obese) and had above-average blood sugar levels (but not gestational diabetes) had babies that weighed 7.5 ounces more than the healthy moms.

"These are women who have not been on our radar because they don't have gestational diabetes and aren't obese, but our study shows if you are one step away from each of those, you carry some significant risks," said study researcher Dr. Boyd Metzger, a professor of medicine-endocrinology at Northwestern University Feinberg School of Medicine. "We need to address the combination of overweight and blood sugar of these women as urgently as we do for women who are obese or have gestational diabetes."

Large babies increase the risk of injury to the baby during vaginal delivery, increasing the likelihood of a needing a Caesarean section delivery, the researchers said.

The findings are based on data from 23,000 women in nine countries.

When pregnant women have elevated blood sugar levels and weight, their newborns may also have higher insulin and lower blood sugar levels. In turn, these effects may eventually trigger obesity and diabetes, perhaps as early as childhood, the researchers said.

The study is published in the April issue of Diabetes Care.

Pass it on: Being moderately overweight or having slightly elevated blood sugar levels during pregnancy may increase the risk of complications, a new study says.