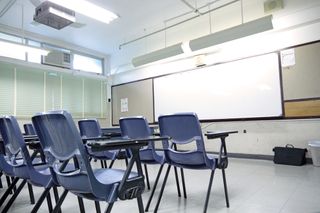 Schools have made little progress in recent years in teaching students about preventing pregnancy and sexually transmitted infections, including HIV, according to one measure of the teaching of these subjects detailed in a new government report.

Researchers at the Centers for Disease Control and Prevention looked at the percentage of middle schools and high schools in a state that teach specific topics related to HIV, STDs and pregnancy prevention in a course that students are required to take. The topics include how HIV and other STDs are diagnosed and treated, how to prevent HIV and other STDs, and the benefits of being sexually abstinent.

When the researchers looked specifically at teaching high-school students about topics related to using condoms, eight states saw drops in the percentage of schools teaching the recommended topics, while three states had increases.

"Secondary schools can increase efforts to teach all age-appropriate HIV, other STD, and pregnancy prevention topics to help reduce risk behaviors among students," the authors wrote.

The percentage of schools teaching the recommended topics varied widely by state, the report noted. For example, for the topic of "how HIV and other STDs are transmitted," more than 90 percent of schools in Hawaii, Indiana, Nevada, New York and Rhode Island reported teaching the topic in 2010, whereas fewer than 70 percent of schools in Alaska (43 percent), Arizona (33 percent), Mississippi (56 percent), Nebraska (68 percent), Oklahoma (65 percent), South Dakota (67 percent) and Tennessee (65 percent)  reported doing so.

For the report, researchers at the Centers for Disease Control and Prevention analyzed data from public high schools in 45 states collected as part of the School Health Profiles, a biennial survey that measures school health practices. The analysis was limited in that it relied on reports from school principals, and that only public schools were surveyed.

Pass it on: Little progress has been made recently in increasing the proportion of middle and high schools that teach HIV, STD, and pregnancy prevention topics.