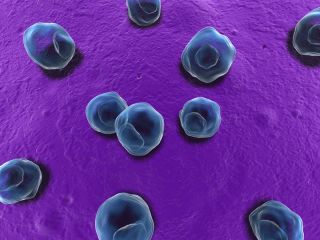 The bacteria that cause Chlamydia, the world's most common sexually transmitted disease, seems to be sneakier than once thought, as a new study suggests it frequently exchanges DNA between different strains to form entirely new strains.

Chlaymydia is caused by the bacteria Chlamydia trachomatis, and though its symptoms are often mild, the sexually transmitted disease can cause infertility in women and a discharge from the penis of an infected man. Chlamydia is the most common bacterial STD in the world, including in the U.S. where more than 1.3 million cases were reported in 2010.  About 100 million cases of Chlamydia are reported each year across the globe.

Scientists know there are two groups of Chlamydia strains, one that seems to infect the eyes and urinary-genital areas, and another set known to spread through the lymphatic system, which is important to the body's immune system. Currently, an epidemic of the lymphatic types is progressing in Europe and North America, particularly in men who have sex with men, the researchers note online today (March 11) in the journal Nature Genetics.

However, little is known about how these different strains evolve and emerge.

"Scientists recently discovered that if two Chlamydia strains co-infect the same person at the same time, they can swap DNA by a process called recombination," lead researcher Dr. Simon Harris, from the Wellcome Trust Sanger Institute, said in a statement.

To find out how widespread this swapping is, Harris and colleagues compared the genome sequences of 53 strains of C. trachomatis, which were isolated from epidemics that occurred between 1959 and 2009; the strains were meant to represent the diversity of Chlamydia seen in clinical settings. Results showed that even when the Chlamydia strains had infected different parts of the body, they could still swap DNA with each other, leading to new strains. [Quiz: Test Your STD Smarts]

Recombination "was originally thought only to affect a few 'hotspots' within the genome," Harris said. "We were very surprised to find recombination is far more widespread than previously thought."

The results have implications for how the STD is diagnosed. Currently, doctors use a test that returns a positive or negative for Chlamydia infections, without any information on the particular strain. That means doctors can't tell, say, if a person who tests positive again after being treated with antibiotics has picked up a second strain of Chlamydia or if their treatment has failed.

While antibiotic-resistant Chlamydia has not been seen in patients, it does occur in the lab. If it did occur in the general population, current tests would not detect it.

"Until now a person treated with antibiotics with a reoccurring infection of C. trachomatis was assumed to have been re-infected," study researcher Dr. Nicholas Thomson, also of the Wellcome Trust Sanger Institute, said in a statement. "The current gaps in our understanding of the population makeup of Chlamydia limit our ability to implement health policies, because we do not fully understand how Chlamydia spreads within our population."

The scientists are now working with hospitals to bring technologies for whole-genome sequencing into clinical settings.