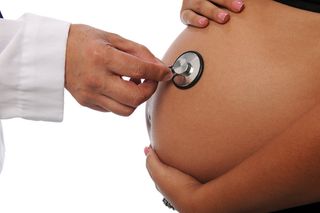 Taking the club drug Ecstasy while pregnant can interfere with the baby's motor development after birth, a new study finds. The drug also seems to raise the odds of having a baby boy.

The research is the first to recruit women during pregnancy and then follow their babies after birth to examine the drug's effects. Ecstasy, or MDMA (which stands for 3,4-methylenedioxymethamphetamine) is a synthetic drug that produces feelings of euphoria and emotional warmth in users. These warm-and-fuzzy feelings may make the drug seem relatively harmless, said study researcher Lynn Singer, a professor of environmental health science, pediatrics and psychiatry at Case Western Reserve University in Ohio.

"Ecstasy may be particularly seductive and misleading, as it has been called a 'humanogenic' drug because of the feelings of empathy it engenders, and it has also been promoted as a therapeutic drug promoting the ability of individuals to relate to others," Singer wrote in an email to LiveScience.

But according to the National Institute on Drug Abuse, Ecstasy use can cause anxiety, sleep problems and loss of cognitive function. Now, Singer and her colleagues have shown for the first time that the drug can damage a developing fetus, too.

Using ads, fliers and word-of-mouth, Singer and her colleagues recruited 96 women in London who admitted to using recreational drugs during pregnancy. They interviewed each woman on her drug use, including the month before the first trimester, because women may conceive during this time and not be aware of their pregnancy. After the babies were born, they were checked for health and developmental problems at the age of 1 month and 4 months. [11 Facts About Babies' Brains]

The study found no significant effects of Ecstasy use at the baby's 1-month checkups, but they did notice a trend in which babies of moms who had used Ecstasy during their pregnancy moved slightly slower than their healthy counterparts. At the 4-month checkup, this tendency became statistically significant: It was now clear that the babies of Ecstasy-using mothers had slow, delayed movements and overall delays in motor function.

There was a dose-response effect to the drug, such that women who had used Ecstasy more heavily had more delayed babies. On average, each woman took a total of 25 Ecstasy tablets during pregnancy and the month before conception, though the majority of the women in the study stopped using the drug before the third trimester of pregnancy. Sixty-one percent of the participants said they took the Ecstasy at clubs or raves.

The results held even after the researchers accounted for other variables that might impact a baby's development, including expectant moms' other drug and alcohol habits, as well as demographic factors.

Strangely, women who used Ecstasy during pregnancy were much more likely than usual to give birth to baby boys. Seventy-one percent of the babies born to MDMA-using mothers were boys, compared with 46 percent for the non-MDMA-users in the study.

Researchers aren't sure what causes this gender imbalance, though studies suggest that exposure to some chemicals can skew the sex ratio. Polybrominated biphenyls (PBB), a flame retardant used in the 1970s but now banned in the United States, increased the odds of a male birth to parents exposed to the chemical, for example. It's not clear why the chemicals in Ecstasy might have this effect, but the drug could decrease the likelihood of a female fetus or embryo surviving pregnancy, the researchers speculated.

There have not been any studies on how widespread Ecstasy use is in pregnant women, but Singer and her colleagues were concerned about the drug because it is popular among young people of childbearing age. In the United Kingdom, Singer said, an estimated 500,000 MDMA tablets are consumed every weekend. In the United States, she said, about 9.5 percent of 12th-graders and college students say they have tried the drug.

The researchers aren't yet sure whether the motor development problems seen in babies of MDMA users are permanent, or whether they will disappear as the babies age. Singer and her colleagues have funding to follow the babies through 18 months of age and are now working on 12-month checkups.

The researchers reported their findings online March 3 in the journal Neurotoxicology and Teratology.