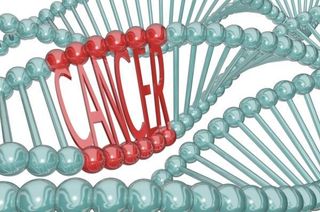 A drug recently approved to treat deadly forms of melanoma can double the length of patients' lives — however, the drug eventually stops working, and the cancer returns.

Now, new research explains why some cancers stop responding to the drug, and points toward treatment options for these patients.

The Food and Drug Administration (FDA) approved Zelboraf, manufactured by Genentech, in August after strong results showed it treated metastatic or inoperable forms of melanoma that had a mutation in a gene known as BRAF. Zelboraf inhibits the mutated form of BRAF, which would otherwise send growth signals in these tumors.

But while initial treatments have had positive results in shrinking tumors, resistance to the drug, and relapse of cancer develops in virtually all patients treated with BRAF inhibitors, according to the study authors from UCLA's Jonsson Comprehensive Cancer Center.

Those researchers have now found an explanation for why that happens in some cases. They looked at 20 patients who developed resistance to the drug, and found that in four of them, their tumors were making extra copies of the BRAF gene, thus overcoming the drug's effect.

The researchers also found in lab tests that higher doses of the drug appeared to overwhelm the tumor's response, and resume the positive effects of Zelboraf. However, administering these doses to patients would require further approval from the FDA.

"These findings also provide pre-clinical rationale for dose escalation studies in selected patients with [metastatic melanomas with the BRAF mutation], particularly given the wide range of effective dosing, and the fact that the maximum tolerated dose of [Zelboraf] has not been determined," wrote the authors.

Another possible treatment option is giving Zelboraf along with other drugs that target different molecules that are responsible for tumor growth.

The study appears in the March 6 issue of the journal Nature Communications.

The BRAF mutation targeted by Zelboraf is found in 50 to 60 percent of metastatic melanomas. While melanoma treatment is generally very successful in the early stages of the disease, it is almost always fatal in the metastatic stages.

Drugs that target specific genes have become an option for people with a number of cancers in recent years, but despite promising initial results when therapy is started, these new treatments fail to kill all cancer cells, and the tumors regrow.

While gene-targeted therapies provide promise, finding the reasons why people become resistant to the treatments and learning how to overcome those barriers are the necessary next steps.

Pass it on: New research explains why some cancers eventually stop responding to the melanoma drug Zelboraf.