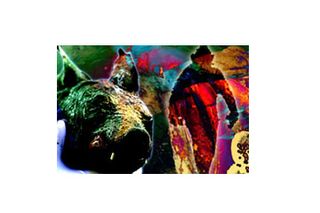 A man named Eric Bikubi is on trial for the torture death of Kristy Bamu, a 15-year-old boy who Bikubi believed was practicing witchcraft.

Magalie Bamu, Kristy's sister and Bikubi’s girlfriend, is charged as an accomplice. The pair is accused of beating Kristy and two of his siblings with sticks, a hammer, metal bars and other tools in their London, England, apartment on Christmas day in 2010. Prosecutor Brian Altman said, "They beat them, refusing to let them eat, drink or sleep for days while the punishments being meted out became increasingly violent, with them using many implements found in the [apartment] as weapons of torture."

The trouble allegedly began when Bikubi accused Kristy, Magalie Bamu and another sister of being witches; the three confessed after Bikubi threatened and beat them. Magalie Bamu reportedly later turned on her brother and further implicated him, focusing the beatings on Kristy alone. After days of torturing the boy so badly that Kristy begged to be killed, Bikubi finally held the boy’s head in a bathtub of water to elicit more information about his sorcery activities. The further confession never came; Kristy died from drowning and other injuries.

The horrific incident has parallels with the historic witch hunts throughout Europe and North America, including the tortured confessions, dunking the suspected witch under water, and friends and family eventually turning on each other.

Though the killing occurred in Europe, all involved were from the Democratic Republic of Congo, where belief in magic and witchcraft is common. A 2010 Gallup poll found that belief in magic is widespread throughout sub-Saharan Africa, with over half of respondents saying they personally believe in witchcraft. Studies in 18 countries showed belief varies widely (ranging from 15 percent in Uganda to 95 percent in the Ivory Coast), but on average, 55 percent of people polled believe in witchcraft.More concerning is that the practice of hunting and torturing witches is alive and well and claims hundreds of lives each year. Here are a few of the more gruesome recent examples:

The latest news out of London is proof that the belief in magic and witchcraft is alive and well in 2012; the Middle Ages are still very much with us.