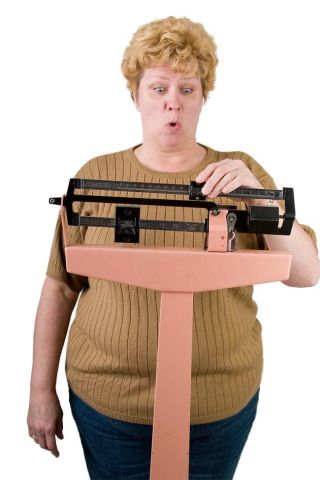 These structures, called cilia, are present on almost every cell of the body. New research shows that the cilia on appetite-regulating brain cells ultimately control whether our bodies get the "stop eating" signal. When defective, the teensy hair-like structures don't seem to alert the body it's eaten enough, leading to overeating and obesity.

"Obesity is a growing problem on the rise in the country, and we've found … that problems with the small cell appendage called the cilia can lead to overeating," study researcher Nicolas Berbari, of the University of Alabama at Birmingham, told LiveScience.

The cilia on our neurons (also called primary cilia) are one of two cilia types, the other being the more well known motile cilia.

"Very little has been known about what the neuronal cilia are actually doing," said study researcher Bradley Yoder, of the University of Alabama at Birmingham. "Most neurobiologists aren't even aware that there are cilia on neurons."

The new work builds on a slew of past studies finding, for instance, that primary cilia may be responsible for certain diseases, including a genetic disease called Bardet-biedl syndrome (BBS), a rare disorder characterized by obesity and many other issues. Past research on mice engineered to have the disease revealed it was linked to defective cilia, suggesting the hairs on appetite-regulating brain cells caused the disorder's obesity while other defective cilia were responsible for other BBS symptoms.

Supporting this notion, when researchers switch off the cilia in just the appetite-regulating part of a normal mouse brain, the mice get fat. Some scientists had suggested the cilia switch led to changes in the hormone leptin, which then led to the weight gain.

But Berbari's studies suggest another hormone might be at play.

"It's actually not leptin that’s probably doing this, that's an artifact of the system and the way it was analyzed previously," Yoder told LiveScience. "What we've found is that it's another hormone, called melatonin-concentrating hormone [MHC], which induces you to eat. When you lose the cilia, this pathway becomes over-activated and cannot normally shut down. These mice become massively obese."

In another part of the study, Berbari used a drug to make the system of brain cells associated with MCH less active, which stopped mice in the lab from overeating. Making a drug for humans that turns down this pathway of brain cells could be a treatment for obesity, the researchers suggest, though the current studies are in mice and much more work needs to be done.

The team is also seeing that primary cilia play an important role in other brain systems, including learning, memory and sleep.

"It raises the possibility that the cilia on the neurons in the brain are doing a whole lot more than we thought," Yoder said. "It’s not just obesity that this is going to help us start understanding, it's going to have much broader implications."

Berbari presented his research during a poster session at the American Society for Cell Biology 2011 Annual Meeting in Denver, on Dec. 6.