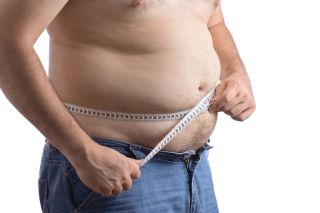 We have stuffed ourselves with turkey, and even before the leftovers are gone, it's time for a reality check.

American men and women, on average, report weighing nearly 20 pounds (9 kilograms) more than they did in 1990, according to the annual Health and Healthcare survey conducted by Gallup in early November.

This puts us further from our ideal weights, which have also gone up: Men reported wanting to weigh 181 pounds (82 kilograms) and women see themselves at 138 pounds (63 kilograms), the survey of 1,012 adults indicated.

Our perceived ideal weight has increased along with our self-reported weight, but not as quickly. As a result, we have gotten further from our ideal weight over the past 20 years. For men, who now say they'd like to weigh 181 pounds, that difference has climbed from 9 to 15 pounds (4 to 7 kilograms). For women, who say their ideal weight is 138 pounds, the gap has risen from 13 to 22 pounds (6 to 10 kilograms).

This year, 39 percent of American adults reported they are very or somewhat overweight.

However, it appears we may be cutting ourselves too much slack. Separate data collected by Gallup and the company Healthways indicate that nearly 62 percent of Americans are overweight or obese based on their body mass index, a ratio of height and weight that gauges a person's level of body fat.

The U.S. Centers for Disease Control and Prevention links being overweight or obese with increasing levels of risk for coronary heart disease, Type 2 diabetes, certain cancers, high blood pressure, stroke and a number of other potentially serious health conditions.