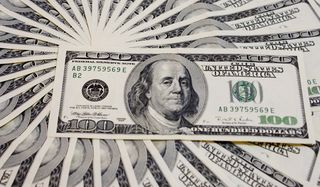 Every few months, a chain email pings from inbox to inbox falsely claiming that the current month is the first in 823 years to contain five Mondays, Saturdays and Sundays — and that, in Chinese numerology, that makes it conducive to getting rich. This November, the latest version of the email adds that the upcoming date 11/11/11 is a particularly powerful moneymaker. It says dates with repeating 1s are called "moneybags" in Chinese feng shui.

The "five days" claim was already proven bogus back in July, but what about the 11/11/11 assertion? Is there any reason to believe Nov. 11 is a good date to try your luck, perhaps by playing the lottery or the stock market?

One way of investigating the moneymaking power of 11s is to check past stock market trends, and determine whether the month of November, and the 11th day of that month specifically, tend to offer bigger stock market returns than other months or days.

According to Mark Haug, a financial analyst at the University of Kansas, there are such things as "calendar anomalies" — dates that regularly offer better-than-average stock market returns. For example, Haug has studied the "January effect," a phenomenon that has been observed since the 1940s in which stock prices tend to rise more in January than in other months, presenting an opportunity for investors to buy stocks at lower prices before January, and sell high after. [Does the Stock Market See More Ups or Downs?]

In recent years, however, another effect has come to the attention of stock market analysts: the November effect. Stock prices tend to rise — and thus, investors make money — more than average during November, and especially stocks with high mutual fund ownership (whereas the January effect pertains to stocks held by individual investors).

Surprisingly, then, there does seem to be some truth to the claim that months (though not days) with 1s as their corresponding digits — January and November — are slightly more conducive to making money, just as Chinese numerology supposedly suggests. But is this a sign of some greater force at work, or a mere coincidence?

Research shows that both the January and November calendar anomalies result from the United States tax timeline. Individual investors tend to sell stocks in late December in order to claim capital losses in their next tax return, which drives down the price of stocks before Jan. 1. As these investors start buying again after New Year's Day, stock prices rebound. Similarly, the November effect has resulted from the 1986 Tax Reform Act, which moved the end of the tax period for mutual funds from Dec. 31 to Oct. 31, thus causing mutual fund managers to sell off stocks during October (which they then re-purchase in November, driving stock prices back up).

It is thus a matter of pure coincidence that the chain email about Chinese feng shui has a grain of truth to it. So should you buy stocks in anticipation of 11/11/11?

No. First off, it's too late to take advantage of the November effect, which tends to occur mostly in the first week of the month: You would have had to buy stocks at low prices in October.

Secondly, Haug notes that most anticipated stock market bubbles tend not to come about, because too many people buy stocks ahead of time, driving prices up early. "If there's already a buzz around 11/11/11, then my guess is nothing big will happen, because if there's a buzz then the market will follow it and there will be little left to take advantage of," he said.