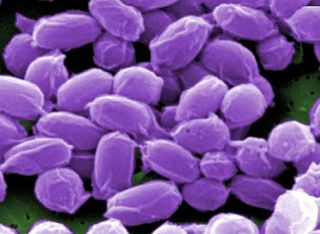 A new report outlines a plan for the United States to be better prepared in the event of a bioterrorist attack using anthrax.

Public health officials in high-risk areas should consider stockpile anthrax antibiotics in local locations to make it easier to dispense quickly to an area of need, rather than continuing to use the single national stockpile, said the report issued today (Sept. 30) by the Institute of Medicine.

"If bioterrorists released aerosolized Bacillus anthracis (anthrax) over a large city, hundreds of thousands of people could need rapid access to antibiotics," the report said. The issue is not whether there's enough antibiotic to go around — there is — but how to get it to people, said Dr. Robert Bass, chairman of the committee that wrote the report and executive director of the Maryland Institute for Emergency Medical Services Systems.

The current plan largely involves taking anthrax antibiotics from the Strategic National Stockpile, a repository managed by the Centers for Disease Control and Prevention, and distributing them after an attack. The antibiotics are most effective if taken within four days of exposure.

The new report outlined ways to store these medications closer to people who may need them, which could speed up antibiotic distribution. However, there is no "one-size-fits-all" method, Bass said. Regions across the country differ in their risks of a terrorist attack, and in their abilities to dispense medications quickly.

"Each community needs to assess their capabilities and develop strategies that are appropriate for their community," Bass said.

An anthrax bacterium can form hardy spores that survive for decades; this stable nature makes it appealing for use as a weapon. Humans can become infected with anthrax by inhaling aerosolized spores.

Should an attack with anthrax occur, local officials would receive medications from the Strategic National Stockpile and set up areas to dispense them.

The report considered several ways anthrax antibiotics could be brought closer to people in need.

One way would be to store antibiotics in workplaces, including hospitals, and police and fire departments.

However, it may be useful for certain individuals, including health care providers who play a critical role in responding to an attack, to keep anthrax antibiotics at home. People who couldn't travel to get antibiotics due to medical conditions might also be candidates for at-home storage.

"You're going to spend more as you get [antibiotics] closer to the end user, but you're not going to necessarily get the same level of benefit," Bass said.

Help from the private sector

The private sector could also help in the event of a terrorist attack, the report said. Large multistate corporations, including hotels and retail outlets, could store antibiotics and distribute them to employees, Bass said. This could ease the burden of public dispensing efforts.

However, rules regulating the storage of anthrax antibiotics vary by state, and even within some states, making it hard for companies to develop strategies to store and dispense antibiotics. The new report recommended national guidelines be created to sort out these issues.

Pass it on: Findings ways to bring anthrax medications closer to the public may reduce the time it takes to dispense the medications in the event of an anthrax attack.