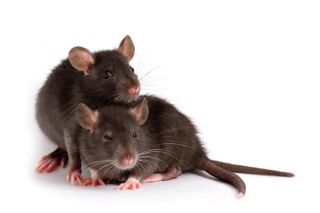 Most lab rats have to be housed, fed and bred. But not the group Daniel Beard has in mind for his new systems biology center.

Beard, a computational biologist at the Medical College of Wisconsin in Milwaukee, is using computer models of rat physiology to study how genes and environmental factors interact to cause disease. He calls his project the "Virtual Physiological Rat."

The final product won't look much like a rodent—more like integrated data sets on a computer—but it will act like one. That's the beauty of systems biology, an emerging field that integrates computer modeling with lab experiments to learn how entire physiological systems operate in health and disease.

"We are going after the synthesis, or integration, of many working components," Beard explains.

Systems biologists commonly make models that try to mimic processes in living cells, and then use experiments to test how closely the models replicate or predict reality. Tinkering with different parts of each model can help systems biologists explore questions that traditional lab experiments can't answer.

"We are working toward the grand challenge of biomedical research: understanding the complex interplay between physiological, genetic and environmental factors," says Beard.

Live rat models have been used extensively to study cardiovascular disease, the leading cause of death in people worldwide. But they haven't yet been able to reveal how multiple genes and environmental factors interact to cause this and other complex diseases.

With this new project, Beard aims to uncover new information on human diseases like high blood pressure and heart failure, which are challenging to study because they don't have simple cause-and-effect relationships in the body. In other words, they can't be attributed to a single gene or lifestyle choice.

Before Beard and his team build their model, they will study how real rats' bodies work. Using tissue samples and live rats with known genomes, they will measure functions of the rats' healthy hearts, kidneys, skeletal muscles and blood vessels, both broadly and in close-up molecular detail. This will add to knowledge gleaned from other experiments to characterize the way the rat cardiovascular system normally works.

Then the team will create computer simulations of normal function based on the results. Because the models will closely reflect actual rat physiology, they will help researchers better analyze data from animal experiments and develop more precise hypotheses to test in the lab.

"We're trying to close the loop between experiments and models," says Beard.

Beard's work will investigate how a rat's genetics and environment interact to cause disease.

Once they have a virtual model of healthy rat physiology, Beard's team will measure cardiovascular function in live rats whose genes have been linked to diseases and disease symptoms, like high blood pressure.

Beard expects that adding this detailed disease information to the computer models will result in a sophisticated database that can compare a rat's genes to its molecular functions and, ultimately, predict its state of cardiovascular health or disease.

These disease characteristics are important to study because they're very similar to those that appear in humans, Beard explains.

Eventually, discoveries from the virtual rats could help researchers identify the role a person's genes play in complex diseases. In the future, this kind of work might even help with early interventions to prevent diseases from developing.

To ensure accuracy, Beard and his team plan to take the project a step further. They will breed new strains of live rats whose genetics are known but whose disease traits that will result from those genes are unknown. Then they will see if the computer models can successfully predict each rat's cardiovascular health, given its genes. Beard calls this final step the team's "most ambitious goal."

The aim of the project is not to get rid of living lab rats entirely, says Beard, but to use experiments in conjunction with computers—an "integrative approach"—to increase our ability to predict disease risk.

"The Virtual Physiological Rat is a means to learn as much as we can from experiments," says Beard. "I hope this will lead to much better, smarter, more efficient animal research."

His new center will receive $13 million over 5 years from the National Institutes of Health.

"The project's multi-level approach—from genes to organ physiology—will aid our ongoing effort to explain the fundamentals of life and the causes of diseases," says Paul Brazhnik, the NIH program director for the center.

Like physiological systems themselves, the field of systems biology depends on collaboration. The virtual rat project involves experts from the United Kingdom, Norway and New Zealand—some of whom are also hard at work developing a virtual physiological human.