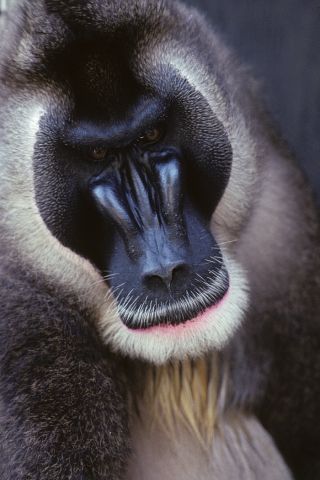 Scripps Research scientists produce first stem cells from endangered species. Cells could make it possible to improve reproduction and genetic diversity for some species, possibly saving them from extinction, or to bolster the health of endangered animals in captivity.
(Image: © San Diego Zoo)

Stem cells are quickly becoming an important tool for human medical treatments, and researchers are betting they will also be a useful tool for zoo animals. They are working to create stem cell lines from zoo animals, for use in treating animal diabetes and other ailments as well as helping the animals reproduce.

The scientists have already created a "frozen zoo," which contains different types of cells from every animal there, and now they are putting together a "stem cell zoo."

"There are only two animals in it," study researcher Inbar Friedrich Ben-Nun, of The Scripps Research Institute, said in a statement, "but we have the start of a new zoo, the stem cell zoo."

Stem cells are prized, because they can be turned into any type of cell in the body, a characteristic called pluripotency. The cells can even be turned into sperm or egg cells, and used in assisted reproduction to make more individuals of the species.

"The most important thing is to provide these stem cells as a resource for other people taking some of the next steps," said Jeanne Loring, also of The Scripps Research Institute.

The researchers started with two species: the drill primate, a highly endangered primate genetically close to humans, and the northern white rhinoceros, which is genetically far from humans and also incredibly endangered.

To create the stem cells, the researchers used the same genes that are used to turn human cells pluripotent; they inserted those genes into the animals' skin cells. They had originally tried to use genes from the animals themselves and their close relatives, but after more than a year of trying they were having little success.

The new technique isn't very efficient yet, transforming just a few cells into stem cells at a time, but that's enough, the researchers said.

Both animals, the researchers said, were chosen because they could benefit from stem cells now. For instance, the drill primate suffers from diabetes when in captivity, and stem cell-based treatments for diabetes being researched in humans suggest the same may work in these primates.

The rhinoceros was chosen because it is one of the most highly endangered species on the planet, with only seven animals, all in captivity, in existence (two of which are in the San Diego Zoo Safari Park). They haven't reproduced in several years, and because the population is so small there is a lack of genetic diversity, which could affect their survival.

If the researchers can use the stem cells to make sperm and eggs from skin cells of deceased animals in the frozen zoo, they could reintroduce some genetic diversity into the population, while also increasing its size.

"The best way to manage extinctions is to preserve species and their habitats," study researcher Oliver Ryder, of the San Diego Zoo, said in a statement. "But that's not working all the time."

The rhinos are a perfect example, he said, because there are so few. "Stem cell technology provides some level of hope that they won't have to become extinct even though they've been completely eliminated from their habitats."

The study was published today (Sept. 4) in the journal Nature Methods.