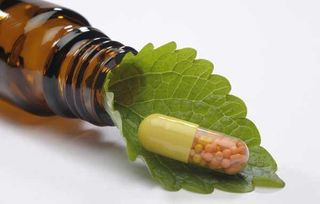 Cocaine. Aspirin. Caffeine. Heroin. Ginseng. Nicotine. The list of powerful medications naturally produced by plants goes on and on. Unfortunately, no plant makes a drug capable of combating HIV. That is, no plant did until researchers at Germany's Fraunhofer Institute genetically engineered tobacco plants to produce specially designed antibodies that prevent transmission of the deadly virus.

Yesterday, the U.K. approved antibody therapy derived from Fraunhofer's genetically engineered tobacco for use on 11 human test subjects. The trial will test the safety of a plant-derived antibody designed to stop the transmission of HIV between sexual partners when applied directly to the vaginal cavity. This marks the first instance of such testing in Europe, where both governments and citizens remain largely skeptical of genetic modified products.

"This is a red letter day for the field," said Julian Ma, a Professor of Molecular Immunology at St George's, University of London, and researcher on the tobacco project. "The approval from the MHRA for us to proceed with human trials is an acknowledgement that monoclonal antibodies can be made in plants to the same quality as those made using existing conventional production systems. That is something many people did not believe could not be achieved."

Most biopharmaceuticals are currently made at great expense in fermentation vats containing bacteria or mammalian cells. Mass producing medicine in genetically modified plants could reduce costs, and therefore make an important contribution to global health by improving access for the poor in developing countries. This is especially important for HIV, since patients in the poorer countries with widespread AIDS problems rarely have access to the expensive medication that has made the disease less deadly in developed nations.

"We now have a facility in Europe for producing modern medicines in transgenic plants that is unique in the world, although this has taken many years and much investment to establish," said Rainer Fischer, a professor at the Fraunhofer Institute for Molecular Biology and Applied Ecology. "This approval is a springboard for European plant biotechnology and will enable many important medical products to be realized."