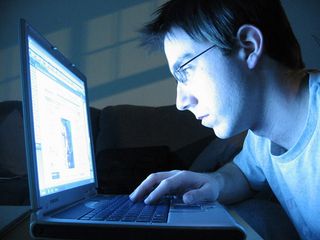 Search engines are making people more likely to rely on computers to “remember” things for them, computers and online search engines have become a kind of external memory system that can be accessed at will -- and that human memory is adapting to it.
(Image: © Simon Cataudo)

Whether the Internet is making us smarter or stupider may be up for debate, but new research shows that search engines are changing the way we learn and remember things.

People are using the Internet as an external "expert" to be accessed at will. This phenomenon, called transactive memory, isn't new; it's been around as long as humans have communicated. We've always relied on experts within our group (which used to be other humans) and, with the invention of the printing press, stored information in books. In those cases, we had to remember only who or what held the information.

"We've always had these people that know things. For example if I want to know about baseball I'd ask my husband," said study researcher Betsy Sparrow of Columbia University. "The Internet is no different, there is just so much more information."

Sparrow's research showed how this link to the Internet means we're more likely to forget the actual information but remember where we can find it. So while this reliance on "the cloud" may make us stupider in some sense, it leaves us with more knowledge at our fingertips.

Another scientist suggests the Internet is hurting humans' social intelligence — their ability to interact face to face.

To find out how the Internet has changed memory, the researchers conducted four experiments involving university students. In the first experiment, the researchers primed the participants with trivia questions (for example, "Are there any countries with only one color in their flag?"). Then the students were shown words and asked what color they were written in, to gauge their reaction time.

In other tests, the participants were given a list of 40 trivia statements to type into a computer. The information was saved in a general folder, saved in a particular folder, or erased.

When they knew the statements would be erased, the participants proved better at remembering them. The participants also remembered a generic folder name far more easily than the fact itself.

The results suggest that instead of remembering information about a topic, people found it easier to recall the location of the information — in this case, the computer folder.

The Internet, it seems, has become a place where information is stored collectively outside of our own minds, the same way humans used to rely on local experts. "The Internet is just an interface; it's made our transactive memory systems a lot more connected to things we might not have access to otherwise," Sparrow told LiveScience. "We are more reliant on it to some extent, but there is so much more information."

Gary Small, a University of California, Los Angeles, researcher of how Internet searches influence brain activity in older Americans, believes Internet use may be diminishing social intelligence and empathy in younger populations, although it's also making them more productive, efficient, effective and creative learners.

"It makes us smarter and it makes us stupid," said Small, author of "iBrain Surviving the Technological Alteration of the Modern Mind" (Harper Paperbacks, 2009). "Probably what it really does is it changes the way we think and process information. There is a cost, but there is also something we gain.

"Our brains are sort of trained to use it; we almost become addicted to it because of all these advantages to using it."