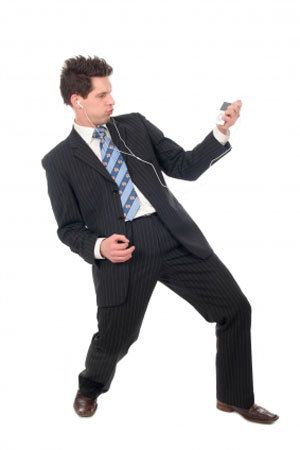 You can only use earbuds for so long before they start to hurt.
(Image: © stockxpert)

We've all experienced it: The feeling that, no matter what your brain, mood or hips want, your ears just can't handle any more music blasting into them from your earbuds. It's a slight discomfort deep inside your ear canal that builds with every song. You get it on the train, musicians get it on stage, and people who wear hearing aids, unfortunately, get it all the time: It's called "listener fatigue."

Now, a group of engineers at Asius Technologies of Longmont, Colo., have made headway in understanding why listener fatigue happens, and how to prevent it.

The new research was led by musician and audio engineer Stephen Ambrose, who has worked for more than 35 years to develop in-ear monitors — devices worn by performers and producers allowing them to hear the music rather than ambient noise. "We tried for years to turn down the volume but still experienced audio fatigue, even at the lowest levels we could get by with on stage," Ambrose said in a press release. "The fatigue couldn't simply be 'fixed in the [audio] mix' because it now appears to be a physiological phenomenon." [Read: Why Do Songs Get Stuck In Your Head?]

Using physical and computational simulations, the researchers showed that sound waves entering a sealed ear canal — for example, one shut off from outside sounds by an earbud — create an oscillating pressure chamber inside the eardrum that can produce a dramatic boost in sound pressure levels.

Data from the simulations coupled with laboratory observations suggest that the boost triggers the acoustic reflex, a defense mechanism in the ear that dampens the transfer of sound energy from the eardrum to the cochlea by as much as 50 decibels, or approximately the volume of a normal conversation.

The acoustic reflex does not stop the pressure oscillations in the eardrum, however. "Paradoxically, the protective reflex makes loud volumes seem lower than they really are," explained Samuel Gido, another Asius engineer behind the new research, "potentially prompting the listener to turn up the volume even more." The ear drum, already shaken by the oscillations of the pressure chamber, is then bombarded with a boosted volume. The tiny muscles involved in the acoustic reflex are activated again, and the repeated engagement and disengagement of those muscles leads to the pain and discomfort known as listener fatigue.

To prevent oscillations building up in the eardrum, Ambrose and his colleagues developed a membrane that lies outside the eardrum and disrupts the excessive pressure waves. By stopping the acoustic reflex from triggering, it ultimately leads to people selecting lower, safer listening volumes.

The researchers presented two approaches for introducing the new technology in papers for the 130th Audio Engineering Society convention in London, which will take place May 14. The simplest is a retrofit that can be applied to existing in-ear headphones, in which a thin film of medical-grade polymer is stretched over a pressure-alleviating hole, providing a sacrificial membrane to absorb the abusive pressures that build up in the eardrum.

The Asius engineers also developed a small, inflatable seal they're calling the Ambrose Diaphonic Ear Lens, which looks like a tiny ear-sealing balloon. An Asius Diaphonic Pump is used to inflate the polymer membrane; the researchers say it has enough force to both inflate the ear lens and keep the device comfortably in the ear canal for as long as the device is worn.

"The flexible membrane vibrates with the oscillating sound pressure in the sealed ear canal and radiates excess sound energy out of the closed space in front of the ear drum. In a sense, the flexible polymer membrane behaves like a second ear drum, which is more compliant than the real ear drum, allowing it to direct excess sound energy away from the sensitive structures of the ear," Gido said.