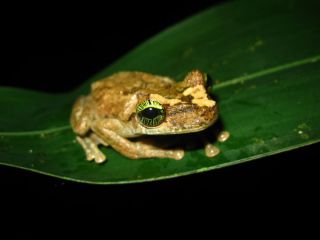 The striking diversity of animals and plants that call the Amazon home may have less to do with the jungle's lush climate and more to do with how long ago the species moved in, new research finds.

The research, which is based on reconstructed family trees for hundreds of tree frog species from around the world, revealed that the frogs in the Amazon have been around for millions of years longer than the earliest tree frogs in other areas.

This finding not only helps scientists better understand such biodiversity hotspots, it also holds implications for the significance of human activities that threaten species extinction.

The number of species found in the Amazon rainforest, which covers areas of Brazil, Venezuela, Colombia and the Eastern Andean region of Ecuador and Peru, has fascinated and puzzled scientists and nature lovers for hundreds of years.

Particularly intriguing is why so many species live in the Amazon Basin in South America.

"People have often noted that a certain small site in the tropics will have more species than, say, all of England or all of North America; people have been trying to explain it," said lead study researcher John Wiens of Stony Brook University in New York.

To begin to answer this puzzle, Wiens and his colleagues made an evolutionary tree for 360 tree frog species in regions across the world, ranging from dry, cold climates to hot, damp ones. They estimated when one species diverged to become a new species. This was then combined with information about where these species are found and fed into a statistical model to calculate how long ago the tree frogs settled in each of the 123 sites evaluated.

"From that, we can come up with an age for how long each group has been present in each area, and it turns out that the areas with lots of species like the Amazon rainforest have had these tree frogs for a very long period of time and areas with less species have had them for a much shorter amount of time," Wiens told OurAmazingPlanet.

The long buildup of species in places such as the Amazon sits in stark contrast to the rate at which such areas are being impacted or destroyed by human activities.

"One big implication of this is it took a really long time to get this incredible local species richness," Wiens said. "What we see happening now is that people in a scale of decades are destroying all this rainforest. We may think that we can just plant the trees and the frog species will come back. If they go extinct, we're doing damage that will take 60 million years to repair."

While this study specifically looked at tree frogs, the results could explain diversity for other groups of species, Wiens said. The study is detailed online this month in the journal Ecology Letters.