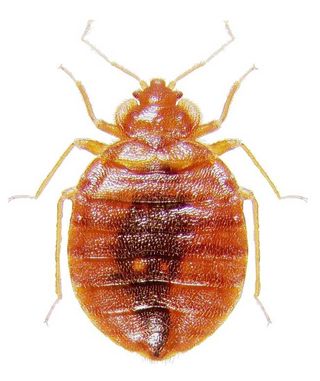 Itchy bites and tossed-out mattresses may not be the only things to worry about during a bedbug infestation. Researchers have found that the tiny bloodsuckers can also harbor antibiotic-resistant bacteria.

"The findings from the study are by no means conclusive," said study researcher Marc Romney, of St. Paul's Hospital in Vancouver, British Columbia, in Canada. "They suggest that bedbugs, which were primarily just a nuisance before, may be able to transmit diseases."

Romney and his colleagues studied five bedbugs from three patients at a Vancouver hospital. Bugs from two patients carried the antibiotic-resistant bacteria Enterococcus faeium, referred to as VRE, because the last line of defense for treating this bug was the antibiotic vancomycin, which the bacteria have now become resistant to.

Three bedbugs collected from the other patient tested positive for the superbug MRSA (methicillin-resistant Staphylococcus aureus), which is also resistant to antibiotics.

The MRSA strain found on the bedbugs was USA300, a virulent strain associated with skin and soft tissue infections. It's been found almost everywhere, from cell phones to money and even along beaches. These bugs are usually associated with hospitals, where they are transmitted through contact between health professionals and patients, though the bacteria need to get into a person's skin to cause disease.

"MRSA infections usually require a break in the skin, and bedbugs do bite, so they could transmit infections theoretically," Romney said. "These bedbugs could carry the organism from one human to another."

The researchers don't know if the patients had already been exposed to the bacteria and transferred it to the bedbugs, or if the bedbugs brought the bacteria with them before hitching a ride to the hospital on the patient. [Bedbugs: The Life of a Mini-Monster (Infographic)]

"As closely as bedbugs reside in human domestic spaces, it's not surprising that they would acquire human pathogens such as MRSA and VRE," Richard Oehler, a researcher at the University of South Florida who wasn't involved in the study, said in an email to LiveScience. "This may potentially affect all ectoparasites (including fleas and ticks, etc), but there is not much in the literature."

The patients came from an impoverished part of the city, where MRSA infections and bedbugs are blooming. Both the bacteria and the bedbugs may lurk in these low-hygiene locations, which could have skewed the findings, Oehler said, though this is the first study to find that a bedbug can harbor antibiotic-resistant bacteria.

The study was published today (May 11) in the Center for Disease Control journal Emerging Infectious Diseases. The researchers note that since the results are based on such a small sample of bugs, the findings will need to be reproduced in larger studies.