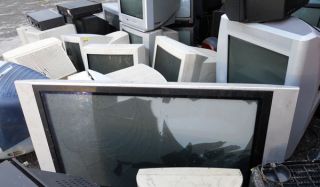 Scientific research has an unbounded need for computing power to analyze data and to simulate reality at scales ranging from subatomic to cosmological. David Anderson is working to unlock a new source of computing power: the billions of PCs owned by people around the world. This resource is far more powerful than clouds, grids and supercomputers, and is nearly free to scientists and funding agencies. Anderson and his team develop a software system called BOINC to support "volunteer computing," in which PC owners can donate their idle time to science projects. BOINC transforms a large set of volunteered computers, which are diverse, un-trusted, and sporadically available, into a trusted and predictable resource for high-throughput scientific computing. Currently there are over 50 BOINC-based projects doing research in areas ranging from biomedicine to cosmology, with 300,000 active volunteers and 500,000 PCs. This computing power has led to scientific progress of many sorts, including the recent discovery of a new and unusual pulsar, as described in the following NSF press release and an article in Wired News. Below, Anderson answers the ScienceLives 10 Questions.

What inspired you to choose this field of study? I've been intrigued for a long time by the idea of computing on the largest possible scale — turning all the computers in the world into a massive supercomputer, as a tool for computational science. Volunteer computing is the closest we can get to this, since most computers are owned by individuals rather than organizations. The idea of volunteer computing was invented in 1994 by my former student David Gedye, who founded SETI@home. His idea was my inspiration.

When I was a senior at Wesleyan University, a professor suggested that I consider math graduate school. That's what I did, and it was a good decision. Graduate-level math teaches you to extract the essential from the extraneous, so that your results potentially apply in contexts beyond the original one. This idea is fundamental to computer science as well as math; studying math made me a better computer scientist.

What was your first scientific experiment as a child? As I kid I was into music, hiking and sports. I got interested in math and science in college. A friend and I did a project in which we analyzed the dynamics of a track-and-field hurdler, using computers to find possible improvements in hurdling technique. I worked with a professor to develop computer-based experiments for studying short-term memory, and with another to study the optimal design of performance spaces such as theaters. I also wrote some pretty good video games.

What is your favorite thing about being a researcher? Freedom! Most jobs are constrained to things that can make a profit. As a researcher I can work on anything for which I can get grants, which is a larger and more interesting range of possibilities. I absolutely love what I'm working on now, and I look forward to each workday.

What is the most important characteristic a researcher must demonstrate in order to be an effective researcher? Honesty — internal as well as external. It's easy to trick yourself into thinking that an idea is original when it's actually not, or that you have proved something when you really haven't. Resisting those temptations requires honesty, and leads to lots of hard work. You might have a successful career without doing this work, but you're not really doing research.

Some of the research enabled by volunteer computing, like understanding climate change or fighting diseases, has direct societal benefits. But I think a larger benefit is that volunteer computing gets the public to think more about science, and hopefully to think more like scientists: independently, rationally, skeptically, and on expanded spatial and temporal scales.

Who has had the most influence on your thinking as a researcher? My math professors (notably F.E.J. Linton, W.W. Comfort, Carol Wood, Jon Barwise, Ken Kunen and H. Jerome Keisler) taught me to think hard and clearly. My first graduate advisor, Olvi Mangasarian, introduced me to research. Robert Cook, in his class on operating systems, taught me to think about system software in a rigorous and formal way, tying together my interests in math and in computer programming, and laying the foundation for everything I've done since then.

What about your field or being a researcher do you think would surprise people the most? My work is roughly 10 percent thinking of new ideas and 90 percent developing and debugging software that implement those ideas. The software development part is a craft, like building a house or a piece of furniture. Most days, I feel more like a carpenter than a scientist. This suits me just fine.

If you could only rescue one thing from your burning office or lab, what would it be? Definitely not my laptop. I'd take a mounted photograph of Half Dome in Yosemite, taken by Karl Baba, a great rock-climber and photographer with whom I climb occasionally. The picture shows the Death Slabs, the steep slope from the valley floor to the base of Half Dome, which I once (ill-advisedly) climbed.

What music do you play most often in your lab or car? I'm a musician, and listening to music is a foreground activity for me. If I listen to music while I'm working, my attention gets drawn into the music and work grinds to a halt. One exception is early techno music, like Kraftwerk, which seems to go well with programming. At home, I listen to classical music from Scarlatti to Schoenberg, prog rock, jazz (especially Latin jazz), bluegrass (Seldom Scene), and Chilean folk music (Violeta Parra, Rolando Alarcon). In the car, I listen to baseball games and sports talk shows on the radio; there's too much ambient noise for music.