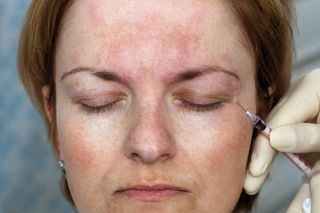 Last year was a good year for plastic surgery. Americans of both genders and across ethnic and demographic groups had more work done in 2010 to improve their appearances than in 2009.

There were 13.1 million cosmetic procedures, a 5 percent increase from the prior year, while reconstructive procedures, such as work to remove a tumor, were up by 2 percent, according to an American Society for Plastic Surgeons report.

Not surprisingly, women had the bulk of plastic surgery – 91 percent of procedures in 2010.

The most popular cosmetic surgical procedures for women were:

The most popular less-invasive procedures were:

Men accounted for 9 percent of cosmetic procedures, as they had in at least the previous two years. The most popular cosmetic surgical procedures for men in 2010 were:

The five most popular less-invasive procedures for men were:

Even the average Joe is seeking an appearance boost, according to plastic surgeons.

"Typically people think of celebrities and high-profile men going under the knife," said Dr. Stephen Baker, an American Society for Plastic Surgeons member based in Washington, D.C. "And while that may be true, the typical male cosmetic surgery patient that I see is an average guy who wants to look as good as he feels. Most of my patients are 'men's men,' the kind of guy you might not think would have plastic surgery."

Baby Boomers, who are now reaching retirement age, are the new face of the male plastic surgery trend, Baker added. “They want to look good. So when they have the financial means to do it, they are ready to do it now,” he said.