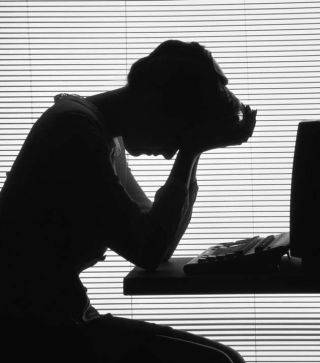 Being unemployed can be stressful, but the psychological toll of having a poorly paid, demanding job can be just as bad for mental health as having no job at all, a new study finds.

In addition, becoming employed isn't always a boon for mental health. Study participants who transitioned from being unemployed to being employed in a poor-quality job showed a worsening of their mental health, the researchers, from The Australian National University in Canberra, Australia, say.

The findings suggest government policies shouldn't focus solely on reducing unemployment. The  conditions of those jobs, including benefits, hours and flexibility, should be considered as well, said Joseph Grzywacz, an associate professor of family and community medicine at Wake Forest University School of Medicine in Winston-Salem, N.C., who was not involved with the study.

The researchers examined results from a nationally representative household survey of more than 7,000 people living in Australia. They looked at seven years' worth of responses, beginning in 2001.

Job quality was graded based on four factors: stress and level of demand, amount of control employees said they had over their work, job security (or potential for a future) and whether or not the pay was fair.

Participants also filled out a mental health questionnaire that assessed symptoms of depression and anxiety as well as positive emotions, including feeling happy and calm.

Those with the poorest-quality jobs showed a greater drop in mental health over time compared with those who were unemployed.

People who became employed in a high-quality job saw their mental health score go up an average of 3 points. But if they took on a poor-quality job, their mental health declined by 5.6 points. The mental health of this group was worse than those who remained unemployed throughout the study period. A difference of just 4 or 5 points on this test is considered clinically relevant, meaning you can see changes in a person's mental health, the researchers say.

The findings suggest that "employment strategies seeking to promote positive outcomes for unemployed individuals need to also take account of job design and workplace policy," the researchers write online in the journal Occupational and Environmental Medicine.

What can be done?

One way to improve job quality would be to put protections in place to promote job security, Grzywacz said. For instance, not having an employment contract creates a sense of insecurity because "people don’t know what tomorrow is going to bring," he said. Employers could reduce the amount of independent contract work and bring back the notion that "if you toil for a company, you have a future with that company."

Organizations could also try and reduce the number of "forced choices" employees are required to make, such as the choice between finishing something at work or taking care of a sick child, Grzywacz said. Employers could create flexible leave policies so that employers aren't forced to choose between their job and their family, he said.

Finally, the idea jobs can be created by cutting full-time jobs in half might not be the best thing for employees. The benefits of these part-time jobs may not be enough for a family to survive, Grzywacz said.

"You may not be getting any additional gain from putting everybody back to work," he added.

Pass it on: A job with poor conditions, including low pay and high stress, can be just as bad for mental health as no job at all.