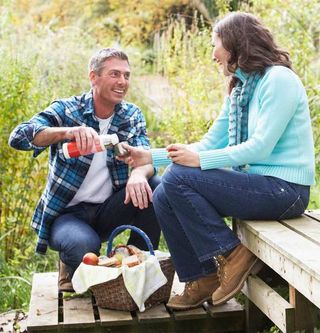 People can tell if someone is likely to cheat by the sound of their voice
(Image: © Dreamstime)

Next time you are talking with a potential mate, listen up and you might just hear their cheating heart. Researchers have discovered that people can tell how likely a person of the opposite sex is to be a cheater, just by listening to their voice.

"This is really important given our evolutionary history," said researcher Jillian O'Connor, of McMaster's University in Canada. "Infidelity is incredibly costly, people risk raising children that aren't their own and losing resources." [Financially Dependent Men More Likely to Cheat]

The researchers quizzed about 120 male and female college students. They recorded either a male or female speaking vowel sounds and then made higher- and lower-pitch versions, which they played for participants.

They had the participants rate the attractiveness of each pair of voices, and then asked them how likely they thought it would be for that person to be a cheater. The ladies associated the lower-pitched male voices with cheating, while the guys associated the higher-pitched female voices with cheating. The males weren't able to tell if another man was likely to stray based on his voice, though.

Voice pitch is related to sex hormone levels, the researchers said. The more testosterone a male has, the lower his voice, and the more estrogen a woman has, the higher her voice. Additional sex hormones have also been linked with an increase likelihood of carrying on cheating relationships and having more sexual partners.

"There are definitely social, cultural and psychological factors as well," O'Connor told LiveScience. "But there is an association between infidelity risk and hormone levels in men and women."

It's likely these voice-reading abilities evolved to detect infidelity because it's costly (in terms of relationship investment and the cost of potential offspring) to be dating someone who is likely to cheat.

"It allows us to choose a mate that is likely to stick around and have children, and not do so with other people," O'Connor said.

The team is currently working to determine if there is a relationship between voice pitch and actual behavior in real people, to determine if men who naturally have low voices are more sexually promiscuous and more likely to cheat than those with higher-pitched voices.