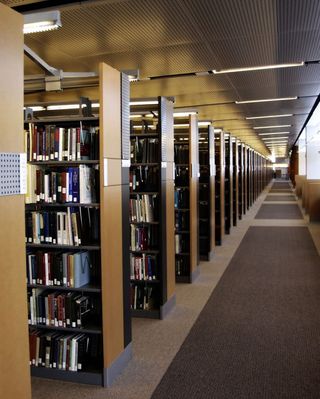 People who've completed more levels of education have lower blood pressure than their less-educated counterparts, and the effect is especially strong in women, according to a new study.

Although those differences may seem small, even slightly lower blood pressure helps a person be healthier, and when entire populations are considered, the number of heart attacks or strokes suffered due to this difference would be significant, said study researcher Eric Loucks, an assistant professor of community health at Brown University in Rhode Island.

"It makes sense that education can influence health," Loucks said. "It's related to heart disease, smoking, blood pressure — it's got a lot going for it."

People who've completed more levels of education tend to have higher incomes, live in better neighborhoods with greater access to fruits and vegetables and have the knowledge needed to give them a deeper understanding of public health messages, Loucks said.

Previous work had suggested that higher levels of education reduced a person's risk of heart disease. This study adds to that work by showing that there is an underlying biological reason for the link — that those with more education tend to have lower blood pressure, Loucks said.

He was surprised, Loucks told MyHealthNewsDaily, that the study showed the effect was stronger in women than in men. But there are biological reasons this would be the case, he said.

"For women, a lower level of education is often associated with other stress-related risk factors," he said. Women with less education are more likely than men to be single parents, to live below the poverty line and to suffer from depression. These additional stressors that women experience may activate their body's fight-or-flight responses, raising their risk of high blood pressure.

The researchers studied information gathered from 3,890 people who participated in the Framingham Offspring Study from 1971 to 2001.

Other work has shown that education may have small effects on many aspects of health, he said.

"It has a little effect on obesity, on smoking, on diabetes — and all of those pool together," Loucks said. A previous study he conducted showed that those with 12 or fewer years of education had a 1.85 times higher chance of developing heart disease than those who had 17 or more years of education.

What the study doesn't show is what aspects of education may be contributing to the link.

"Is it really the number of years, or is it the quality of the education?" he said. The roles of classroom size and the quality of teachers in affecting the link also need to be examined, he said.

Another big question that researchers need to answer relates to the role of early-life experiences.

"The economic circumstances of one's childhood can influence both health and intelligence," Loucks said. And children who are abused or neglected may be more likely than others to finish fewer levels of schooling and also to have heart disease.

"I need to see that link examined before I'd be fully convinced that education is a cause of healthier blood pressure," he said.

The study was published online yesterday (Feb. 27) in the journal BMC Public Health.