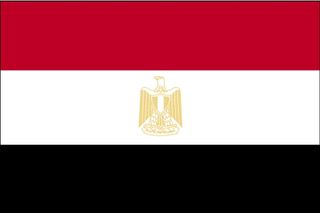 Protests in Egypt continue as President Hosni Mubarak refuses popular demands that he step down from his 30-year stint as Egypt's ruler. The future is uncertain, but here's what you need to know to understand the popular uprising.

Update, Jan. 10, 4:45 pm ET: In a televised address, Mubarak announced that he will not step down as president.

"I am now absolutely determined to finish my work for the nation in a way that ensures handing over its safe-keeping and banner ... preserving its legitimacy and respecting the consititution," Mubarak said.

Update, Jan. 10, 12:18 pm ET: Mubarak may step down and hand power over to Suleiman, Al Jazeera reported today (Feb. 10). Hassam Badrawi, the secretary general of the ruling National Democratic Party and Ahmed Shafiq, Egypt's prime minister, both told the BBC that they expected Mubarak to resign Thursday evening. The situation will be "clarified soon," Shafiq said.

What spurred the protests?

On Jan. 25, tens of thousands of Egyptians turned out to protest Mubarak. The trigger was a successful wave of protests in Tunisia, where demonstrators ousted the Tunisian president on Jan. 15. News outlets reported that Egyptian protesters initially turned out carrying Tunisian flags and signs that made reference to those demonstrations.

Some of the protesters' targets were similar to some of those in Tunisia: high unemployment, skyrocketing food prices, pervasive poverty. But Egyptian protesters expressed their most vehement anger at government corruption, torture and police brutality, according to news reports. There was widespread anger over a recently renewed emergency law, which has been in place since 1981 and gives police the right to arrest people without charges, allows for prisoners to be detained indefinitely and curbs freedom of expression.

How did Mubarak come to power?

Mubarak, who rose to power through the Egyptian Air Force, became vice president under Anwar el-Sadat in 1975. In 1981, Sadat was assassinated by right-wing Islamists who opposed peace with Israel. Mubarak was standing next to Sadat during the attack; he survived and ascended to the presidency. He won his second six-year term in 1987, his third in 1993, his fourth in 1999 and a fifth in 2005, despite countrywide protests by the Egyptian Movement for Change, or the Kefaya movement.

Elections in Egypt are not free; according to the international organization Human Rights Watch, independent candidacy is all but impossible under constitutional rules. The development of new political parties is similarly curtailed. There is also little electoral oversight, according to a 2010 Human Rights Watch report. In the 2010 elections, the organization said, only 700 judges were responsible for monitoring fraud and violence at 35,000 polling stations.

Have Egyptians ever been free?

Egypt has never experienced a period of free, democratic rule. After the Pharaonic era and starting in 332 B.C., the Hellenistic Ptolemy dynasty ruled, taking on Egyptian customs. Egypt would be ruled by foreigners (the Ptolemies, the Romans, the Byzantines, the Arabs, the mostly Turkish Mamlucks, the French, the Ottomans and the British) until 1952, when a military coup overthrew King Farouk I of Egypt. (Farouk was of Albanian and native Egyptian descent, but the country was still under British occupation during his reign.)

The Republic of Egypt was declared in 1953. Since then, there have been only four presidents: Muhammad Naguib, who ruled until 1954 when he was forced from office and put under house arrest by his successor, then Gamal Abdel Nasser, who ruled until 1970. After Nasser's death, Sadat took office. He was assassinated in 1981, ushering in Mubarak's 30-year rule.

Why do the Egyptians and the military have such a special relationship?

Images from the early days of the protests show military personnel smiling and chatting with protesters. More recently, soldiers have tried to persuade demonstrators to go home, the Washington Post reported on Feb. 7. But the scene has never echoed that of China's 1989 Tiananmen Square protests, when the military opened fire on protesters. So why are the Egyptian people and the military so cozy?

One reason is that the military is a conscription force of men ages 18 to 30. According to the CIA World Factbook, young Egyptian men have a military service obligation of 12 to 36 months, followed by a nine-year reserve obligation. That means the barrier between military and civilian life is more fluid than in all-volunteer forces like the one in the United States. While military higher-ups are seen as the right hand of Mubarak's administration, Egyptians view the soldiers as protectors of the people, in contrast with the widely reviled police force.

What is the religious makeup of Egypt's population?

Almost all — 90 percent — of Egyptians are Muslims, according to the CIA World Factbook. Most are Sunni Muslims, which is the largest branch of Islam. Many Egyptians show their faith with the zebibah, a callus on the forehead resulting from time spent pressing the forehead to the ground during prayers.

What is the unemployment rate?

Egypt's unemployment rate is 9.4 percent as of the last quarter of 2009, according to a report released in February 2010 by the country's Central Agency for Public Mobilization and Statistics. Approximately 2.3 million Egyptian workers are unemployed, the report found. Over a million of the unemployed held high school diplomas, while almost 900,000 had college degrees.

Low wages have been an ongoing problem in Egypt. Protesters demonstrated in 2010 demanding that the minimum wage, which was set in 1984 and never changed, be raised. (In January 2011, the U.S. unemployment rate fell to 9 percent, according to the U.S. Department of Labor.)

Have the protesters won any concessions?

Eight days into the protests, Mubarak announced that he will not run for re-election in September, a concession that could be empty if he and his party handpick a successor. Mubarak's son, Gamal Mubarak, resigned his party post, suggesting he will not succeed his father as had been long expected. The Associated Press reported Feb. 7 that the government announced a 15 percent pay hike for government employees, scheduled to take effect in April.

Neither Mubarak nor his vice president, Omar Suleiman, have given ground in revoking one-party rule. Suleiman said Tuesday (Feb. 8) that Mubarak would set up a committee to examine the possibility of amending the constitution, lifting the emergency rule and prosecuting government corruption.

Number of internet users: About 20 million