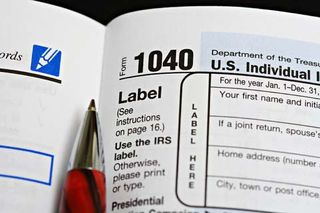 We all grumble about having to pay taxes, but few people really know how the government spends that money. Where do our tax dollars really go?

In fiscal year 2008, federal government spending reached $3 trillion, which is roughly 21 percent of the country's gross domestic product (GDP). Of that amount, more than $2.5 trillion was financed by federal tax revenues collected by the government. The remaining $459 billion was financed by government borrowing to make up for the budget deficit, which occurs when total government expenditure exceeds total tax revenue in a given year. [Graphic details spending]

Three main areas each accounted for approximately one-fifth of the budget, while two sections of spending each made up about one-tenth, and the remaining fifth of the budget was used to finance a variety of programs. According to the Center on Budget and Policy Priorities, here are the most expensive programs:

The remaining fifth of federal government spending goes toward financing a variety of other programs and public services, including: providing benefits and health care to veterans and retired federal employees; investing in education, scientific and medical research, and basic city infrastructure such as roads, bridges and airports. A small amount – about 1 percent – went to non-security international programs, including those that provide humanitarian aid.