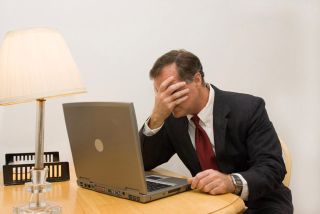 As Tax Day quickly approaches, millions of Americans are preparing to file their federal income tax returns by the April 15 deadline. Proper compliance is required by law, and yet, every year, the federal government is left to grapple with a tax gap – a discrepancy between what is owed and what is actually collected.

This tax gap is caused by people who accidentally or purposefully underreport their tax liability, underpay their tax reported, or fail entirely to file a return.

For those who knowingly try to dupe the Internal Revenue Service (IRS), what motivates them to do so? Why do people try to cheat on taxes?

According to a July 2009 report released by the IRS, the agency estimates the overall compliance rate for federal income tax returns to be approximately 84 percent. There is, however, a significant amount of revenue that remains unreported or unpaid every year.

In 2005, the IRS estimated the gross tax gap to be in the realm of $345 billion. After the IRS obtained some of that missing revenue through enforcement or other late payments, the net tax gap was still a staggering $290 billion for that year.

While anyone in any income bracket can attempt to cheat on his or her taxes, some of the motivations behind trying to deceive the IRS can be explained by stigmas and other polarizing sentiments that fall along more traditional class lines, said David Callahan, author of "The Cheating Culture: Why More Americans Are Doing Wrong to Get Ahead" (Houghton Mifflin Harcourt, 2004) and "The Moral Center: How Progressives Can Unite America Around Our Shared Values" (Mariner Books, 2007).

"It's interesting because one of the biggest complaints people have about their taxes is not that they pay too much, or that taxes are too complex, it's that the wealthy don't pay their fair share," Callahan told LiveScience.

Callahan separates people into two main groups: the winning class and the anxious class. The winning class is made up of wealthy individuals, whereas the anxious class is made up of people who struggle more to make ends meet. Cheating on taxes can occur in both groups, Callahan explained, but the motivations behind the dishonesty are often triggered by the underlying tension between them.

This tension is due in large part to the perception that many wealthy people cheat heavily on their taxes, or have tools at their disposal that allow them to evade taxes by storing money in overseas bank accounts or tax shelters, Callahan said.

"If you feel that others are cheating on their taxes, especially people who make more money than you, you're more likely able to rationalize cheating on taxes yourself," he said. "Many people in the anxious class who haven't seen their incomes grow, and who were hit hard by the recession, may think, if the people at the top don't pay all their taxes, why should I pay every dime that I owe?"

As a result, many otherwise honest people are tempted to cheat simply because they are operating in a dishonest system. This is a classic dynamic in the cheating culture, said Callahan.

"Even if we consider ourselves honest, we believe other people aren't honest," Callahan said. "If there's a perception that everybody does it, more people will be tempted to abandon their integrity and go along with that. Nobody wants to be the only chump that is playing by the formal rules when everyone else is playing by the 'real rules.'"

While the country's federal tax code is considered progressive, some people feel that it grants the wealthy many loopholes – something that further perpetuates the resentment among those who believe the tax burden can sometimes fall unjustly on those who are least able to afford it.

"Many wealthy people earn income, such as capital gains, that is taxed at lower levels than regular income," Callahan said. "So, in some cases, a wealthy guy sitting by his pool, living off his stock portfolio is paying a lower tax rate than the guy cleaning his pool. Tax evasion scams by the wealthy are so often revealed, and so there's the perception that the rich cheat heavily on their taxes. There's truth to that perception, which is what keeps it alive."

Why doesn't everyone cheat?

"We cheat on taxes because we stand to gain money – that's not a big surprise," Ariely told LiveScience. "What's more interesting is why we decide not to cheat and what makes us decide to limit our cheating."

Ariely, who teaches behavioral economics at Duke University, has done extensive research on cheating, and on the motivations behind the various degrees that people cheat.

It is important to note, however, that these figures do not represent the actual percentages of people who do (or do not) cheat the IRS.

Through his research, Ariely observed that there are often discrepancies between peoples' perceptions of cheating and their actual behavior. In other words, Ariely found that people operate with moral flexibility, and this sliding scale plays an important role in a person's cheating calculus.

"Given the great flexibility of our minds, we can cheat and still feel good about ourselves – but not under all conditions," Ariely said. "We can still feel alright while acting immorally when a few things happen: when we cheat just a little bit – so, if it's not a big transgression – when a lot of people around us do the same, and when the act is more hidden."

Ariely observed that those three main conditions allowed people to cheat and still feel that they were honest, which essentially created a moral threshold that served to limit the deceitful behavior.

Like Callahan, Ariely believes that if people think others are also cheating, it becomes more acceptable for them to cheat as well.

Similarly, if people believe their act of defiance is correcting some wrongdoing in society, it makes it easier to justify the cheating.

"Corporate corruption and government misdealing is very salient in people's minds," Ariely said. "It's easier under those conditions to justify misbehavior. If you think of this as an exercise in justification, the last three years have given us a lot of excuses."

Another way people are able to justify cheating is by distancing themselves from the act itself. The very nature of filing tax returns means that people are already slightly removed from the real money they stand to gain.

"It's true that taxes are a lot about money," Ariely said. "But, I would suspect that it's easier for people to simply forget a receipt, than to have a receipt and type in a false number. If I pretend that I forgot the receipt, that can help me feel better about cheating, but if I take a receipt that says $1,000 and just write it as $2, that's more challenging. That makes it feel like you're really lying."

In other words, omitting a receipt from the tax return distances the cheating more than outright lying, which helps give a person the moral flexibility for something that would otherwise be reprehensible.

Ariely believes that one way to control the amount of cheating on federal income taxes is by simplifying the tax code. The complexity and ambiguity of the current code makes it easier for people to cheat, because people can interpret it in a way that suits them and is more selfishly beneficial, he said.

Callahan believes that the IRS has made some important changes to curb non-compliance, but still has a long way to go. The introduction of the W-2 form, which requires employers to fill out tax information on behalf of their employees, makes it more difficult for these employees to fudge data on their income tax returns. But, Callahan notes that more oversight is still needed.

Still, Callahan says it is imperative that the IRS continue to make improvements to their enforcement capabilities.

"It's very important to not let tax evasion get too out of hand," he said. "If you pass a tipping point whereby tax evasion becomes commonplace, and if it's perceived as normal, there'll be less stigma attached to it. Cheating carries less stigma the more people do it. Fortunately, we're not past that tipping point yet."