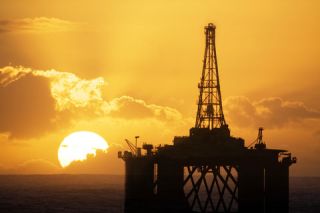 With efforts to slash greenhouse gas emissions via legislation stalled in Congress, the Obama Administration is now pushing to get the job done with unilateral regulation.

The Environmental Protection Agency (EPA) announced last night (Dec. 23) that it would move to curb the greenhouse gas (GHG) emissions of power plants and oil refineries, beginning next year. Together, these two industries spew out about 40 percent of all U.S. GHG pollution, EPA chief Lisa Jackson said in a statement accompanying the announcement.

"We are following through on our commitment to proceed in a measured and careful way to reduce GHG pollution that threatens the health and welfare of Americans, and contributes to climate change," Jackson said. "These standards will help American companies attract private investment to the clean energy upgrades that make our companies more competitive and create good jobs here at home."

EPA officials said the agency would propose new standards for power plants in July 2011 and finalize them in May 2012. For refineries, the dates are December 2011 and November 2012.

This schedule will allow EPA to get feedback from the business community, states and other stakeholders beginning in early 2011, agency officials said. The agency will take this feedback into account when drawing up the final regulations.

Curbing the emission of heat-trapping greenhouse gases, such as carbon dioxide, is a priority of the Obama Administration, which has long held that global warming is a serious economic and environmental threat both nationally and globally.

So the Administration has pushed for legislative action on climate change. In 2009, the U.S. House narrowly passed a so-called "cap and trade" bill that put limits on carbon emissions and allowed companies to buy and sell pollution credits.

But that bill could not garner enough votes to pass in the Senate. With Republicans — many of whom derided the bill as "cap and tax" — netting six Senate seats in the 2010 midterm elections, the bill's prospects are even dimmer now.

With that outlook, it's not surprising that the EPA plans to take action. Last year, the agency determined that greenhouse gases threaten Americans' health and welfare. And the White House has said that EPA regulation is a viable alternative to legislation.

"Cap-and-trade was just one way of skinning the cat; it was not the only way," President Obama said during a news conference in Washington, D.C., on Nov. 3, 2010.

And just last week, John Holdren — director of the White House's Office of Science and Technology Policy — said that regulation is likely in the offing now.

"We do expect that EPA will be moving to regulate greenhouse gases," Holdren said on Dec. 13, at the fall meeting of the American Geophysical Union in San Francisco.

Mike Wall is a senior writer for SPACE.com, a sister site to LiveScience.