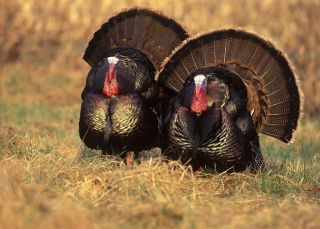 Turkey, the fourth most popular source of meat in the United States and the centerpiece of a traditional Thanksgiving dinner, now comes with a new set of instructions.

Much of the turkey's genome has been sequenced, and — turkey eaters take note — this work could lead to meatier, healthier birds, according to the researchers.

In a study published in the journal PLoS ONE in September, a team of scientists estimated that the genome of the domestic turkey, Meleagris gallopavo, has 1.1 giga base pairs, about a third the size of the human genome, and bears a close resemblance to its relative, the chicken, whose genome was completed in 2004.

Those who raise turkeys want to find ways to better convert feed into the tastiest possible meat, and the genome gives researchers a window into the genes that underlie variation in muscle production, taste, disease resistance and other traits, according to study researcher Kent Reed, a professor in the college of veterinary medicine at the University of Minnesota.

But there's more sequencing to be done before we have the genetic key to that distinctive turkey taste. Researchers would need to compare sequences from multiple individuals and multiple regions along the ladder-shaped molecule to understand the genetic basis for turkey taste, he said.

Breeding turkeys to produce as much meat as possible involves a tradeoff. When breeders start selecting for birds that grow quickly and make a lot of muscle, turkeys shuttle a lot of energy away from producing eggs. The genome gives researchers new tools with which to work as they select for certain traits among birds, according to Reed.

Disease resistance and susceptibility is another important area of study for those who breed turkeys. For instance, turkeys are very susceptible to the toxins produced by mold in stored grain, he said.