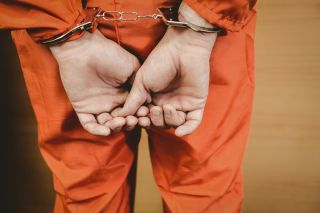 The confession has been called the king of evidence, as good as a conviction. And so it seems incredulous that innocent people would incriminate themselves by confessing to something they didn't actually do.

But more than 300 men and women, after spending months, years, even decades in U.S. prisons, have been exonerated of crimes they originally confessed to during the past 60 years, according to the National Registry of Exonerations, a program run by the University of California, Irvine; the University of Michigan Law School and the Michigan State University College of Law . That’s more than 10% of the 2,551 recorded exonerations since 1989.

So, we're left to ask this perplexing question: Why do innocent people confess to crimes they didn't commit?

"There's never been a doubt that confession is the most powerful form of incriminating evidence in court," Saul Kassin, professor of psychology at John Jay College of Criminal Justice in New York City, told Live Science. The key to understanding why someone confessed is often buried in the interrogation process, he said.

Often, these confessions come after hours of relentless interrogation, Kassin said. Take Bob Adams, a Syracuse man who was freed from jail in January after spending eight months in prison for a homicide he falsely confessed to. A recording of the interrogation showed Adams was asked the same questions for hours while he was intoxicated, according to the Syracuse Post-Standard who first covered the story. Police claimed to have evidence against Adams that didn't exist — a legal, but controversial tactic, according to Kassin. Eventually, Adams confessed and was held in prison awaiting trial until an eyewitness confirmed he wasn't guilty.

Innocent people, like Adams, often go into the interrogation thinking that they had nothing to worry about, no reason to call a lawyer, Kassin said. They're blind-sided by assertions that they're guilty and the evidence police claim to have against them. The confession comes, often, when the suspect feels trapped, like they have no way out. They forget about their "right to remain silent." Some of them even internalize the confession, meaning that during the interrogation they, too, become convinced that they are guilty.

In other cases, people might confess just to get out of the interrogation room, thinking that they'll easily be cleared later once more facts come to light, Kassin told Science magazine .

People from all walks of life falsely confess, but young people and those with mental disabilities are the most vulnerable, according to the National Registry of Exonerations. In fact, 49% of false confessions exonerated by DNA evidence were from people under 21, according to the Innocence Project, a nonprofit that uses DNA evidence to free the wrongly convicted.

Moreover, people who are stressed, tired or traumatized while talking with police are more likely to give false confessions, Kassin told Science magazine.

That said, innocent people typically can't put together a false confession on their own, said Kassin, who's spent his 40-year career studying false confessions. A confession is more than just a simple, "I did it." It's a detailed narrative of how, when and where a crime was committed — details an innocent person normally wouldn't have. A 2010 study by Brandon Garrett, a law professor at Duke Law in North Carolina, reviewed the Innocence Project database and found that 95% of false confessions contained facts about the crime that were spot-on accurate, but known only to police.

"We are supposed to be amazed that the suspect has these intimate details," Kassin told Live Science. But it's not surprising. "[Police] ask leading questions. They show photographs. They take them to the scene of the crime." Suspects are given the information they need to confess, he said.

Interrogators may know how to produce a good confession, but they aren't the only ones at fault. Once someone has admitted to a crime in rich detail, nearly everyone believes it, including forensic scientists. Once a confession is made, it sets in motion a forensic confirmation bias, a 2013 study in the Journal of Applied Research in Memory and Cognition suggested. Like with any confirmation bias, once forensic scientists have heard about a confession, they are more likely to seek, perceive and interpret evidence that confirms what they think they already know, according to the study.

This is critical because the confession alone isn't enough to get a conviction — it must be corroborated with additional proof. So, almost every false confession is backed by erroneous evidence, Kassin said. Like in the case of Rober Miller, an Oklahoma man charged with murder, robbery and rape. After Miller falsely confessed, forensics only considered blood and saliva samples that could have matched Miller and disregarded other samples saying they could have been from the victim, according to a case report from the Innocence Project. This misinterpretation of evidence led to Millers conviction, and also got the actual perpetrator off the hook.

"Forensic analysts who aren't blinded to a confession will be biased in their analysis," Kassin said. "It affects their interpretations of polygraphs and fingerprints."

The unexpected number of false confessions since the early 1990s, however, has ushered some safeguards into place. Twenty-five states now require interrogations be videotaped in their entirety, and a 2019 study in the journal Behavior Science & the Law showed that jurors perceive long interrogations as less credible. Maybe we will even see fewer exonerations in the next decade, Kassin said.

Even so, the system isn't very effective at evaluating the merits of a confession once it happens. We need to change the way people think about confessions, he said.

Editor's Note: This story was updated to fix the title of Brandon Garrett, who is a law professor at Duke Law.