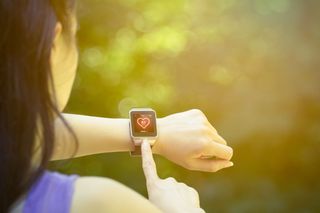 Most healthy people experience little variation in their heart rates at rest, but a new study shows that normal resting heart rates can differ between individuals by an astonishing 70 beats per minute.

The findings challenge the conventional approach to taking this simple vital sign — doctors typically check resting heart rate at every visit, but only to make sure it falls in a "normal" range.  Instead, the new results suggest that monitoring how an individual's resting heart rate fluctuates over time may tell physicians more about his or her health than comparing a snapshot of his or her heart rate to that of the general population.

"What is normal for you may be unusual for someone else and suggest an illness," said study co-author Giorgio Quer of the Scripps Research Translational Institute in La Jolla, California. Viewing a person's heart rate data over the long term "may prove to be a rich source of information" for evaluating their health, Quer said.

For example, some studies have suggested that increases in a person's resting heart rate could be an early sign that the individual has an infection. However, the current study did not examine whether changes in heart rate were linked with changes in health, which should be the subject of future research. "It is worth considering that a rising [resting heart rate] may serve as an early warning sign of a physiologic change," the authors wrote in the study, published today (Feb. 5) in the journal PLOS One.

Physicians have long recognized the limitations of this vital sign and generally agree that a heart rate — viewed in isolation and compared to the average — "provides very little useful information about the current health of an individual, unless well out of the expected range," Quer wrote in the study.

Now, with the advent of smartwatches and fitness bands, it may be possible to track an individual's resting heart rate over time and tailor its interpretation to that specific patient.

Quer and his colleagues tested this theory by analyzing heart rate data from wearables worn for about a year by more than 92,000 individuals. They came across resting heart rates as low as 40 bpm and as high as 109 bpm — an unexpectedly wide range. Factors such as age, sex, body mass index (BMI) and average daily sleep duration accounted for less than 10% of this variation in heart rate between individuals.

"It was surprising to see how vastly different the average resting heart was for different people … but how stable an individual’s resting heart rate can be over time," Quer told Live Science.

As access to wearable sensor technology increases — more than one-fifth of U.S. consumers now own a smartwatch or wearable device capable of capturing heart rate — Quer suspects that even healthy individuals may ultimately benefit from continuous monitoring over the conventional, "snapshot" approach to taking vitals. "This may become a way to monitor both healthy and higher-risk people in a more precise, individualized manner," Quer said. "The technology to do this already exists," he said. However, much more research is needed, including studies that follow people for many years, before scientists can "truly understand" the value of resting heart rate, he added.