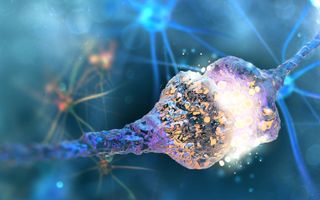 Neuroscientists face a major obstacle in developing drugs to treat brain disorders — if the drugs work really well on mice, they often fall short when humans are treated. Now, a new study suggests a potential reason why:  Brain cells in mice turn on genes that are very different from the ones in human brain cells.

Mice and humans have evolutionarily conserved brains, meaning they have very similar brain architectures made up of similar types of brain cells. In theory, that makes mice ideal test subjects for neuroscientists, who don't typically have the ability to peer into living human brains.

Yet for mysterious reasons, treatments that worked beautifully in the mouse brain often don't pan out when tested in humans.

Related: 7 Ways to Trick Your Brain

To figure out why that may be, a group of scientists from the Allen Institute for Brain Science in Seattle analyzed brains donated from deceased people and brain tissue donated by epilepsy patients after brain surgery. They specifically looked at a part of the brain called the medial temporal gyrus, which is involved in language processing and deductive reasoning.

Researchers sorted through nearly 16,000 cells from this brain region and identified 75 different cell types. When they compared the human cells with a data set of mouse cells, they found that mice had counterparts that were similar to almost all of those human brain cells.

But when they looked at which genes were switched on or off inside those cells, they found stark differences between the mouse and human cells.

For example, serotonin is a neurotransmitter — or brain chemical — that regulates appetite, mood, memory and sleep. It does so by binding to brain cells via a receptor on the cell surface, which acts like a glove that is made to catch a baseball.

But a mouse's serotonin receptors are not found on the same cells that they're found in humans, the researchers discovered. So a drug that increases serotonin levels in the brain, such as those used to treat depression, might deliver it to vastly different cells in mice than in humans.

They also found differences in the expression of genes that help build connections between neurons. In essence, the cellular roadmap in our brains may look very different from what it looks like in a mouse.

"The bottom line is there are great similarities and differences between our brain and that of the mouse," co-senior author Christof Koch, the chief scientist and president of the Allen Institute for Brain Science, said in a statement. "One of these tells us that there is great evolutionary continuity, and the other tells us that we are unique."

"If you want to cure human brain diseases, you have to understand the uniqueness of the human brain," he added. The findings were published yesterday (Aug. 21) in the journal Nature.