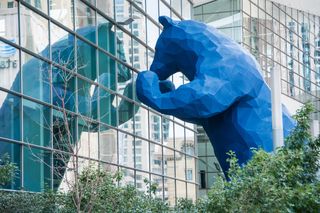 So far, Colorado's state lab has tested 13,276  people for COVID-19. There are cases in 44 counties, and at least 274 people are hospitalized. There are 10 outbreaks of the disease at residential or long-term care facilities, including the North Shore Health & Rehab Facility in Loveland and Laurel Manor Care Center in Colorado Springs.

Late Friday, the Trump administration approved a request by the Colorado state government to issue a Major Disaster declaration, which will open new sources of federal funding for the state.

In a press conference on Friday (March 27), Governor Jared Polis released preliminary models of the epidemic and the likely impact of social-distancing measures in the state. Without social distancing, epidemiologists estimate that 33,000 people in the state would die of the novel coronavirus, and the state would be more than 6,000 ventilators and more than 12,000 critical-care beds short at the peak of the epidemic. The most optimistic scenario, in which social interactions in the state reduce by 60%, brings the projected death count to 400 and the need for critical-care beds at the peak of the epidemic to 900, fewer than the 1,800 the state already has.

To achieve social distancing, a statewide stay-at-home order went into effect at 6am, Thursday, March 26. The order followed a Denver county order that went into effect at 5pm on Tuesday (March 24), which was followed by orders by the cities of Boulder, Broomfield and Littleton, along with the counties of Adams, Arapahoe, Archuleta, Boulder, Broomfield, Douglas, Eagle, Grand, Jefferson, La Plata, Larimer, Pitkin and San Miguel, according to KVDR.

The orders followed other efforts to slow the spread of the coronavirus. On Wednesday, March 18, the Colorado Department of Public Health banned gatherings of more than 10 people in the state. On the same day, Polis signed an order ending in-person instruction at all private and public schools in the state, effective from March 23 until April 17. On Sunday (March 22), Colorado Governor Jared Polis announced the creation of a new state task force for coronavirus response and ordered employers to cut in-person workers at nonessential businesses by at least 50% by Tuesday, March 24.

On Tuesday, March 10, Gov. Polis declared a state of emergency for Colorado and enacted an emergency rule that requires employers of service and hospitality workers to offer four days of paid sick leave for those being tested for COVID-19, according to Colorado Public Radio (CPR) News. On Monday, March 16, Denver mayor Michael Hancock ordered all bars and restaurants in the city to halt onsite dining for 8 weeks, beginning March 17 until May 11. Delivery and take-out can continue, according to 5280 Magazine. On March 16, Polis ordered the closure of all Colorado bars and restaurants, restricting them to carry-out or delivery service only for 30 days. On Thursday evening (March 19), Polis extended this closure order to hair salons, nail salons, spas and tattoo parlors. The new orders also lengthen the closure period for all of these businesses to April 30.

Unemployment has spiked in the state, with 180,000 attempted claims on the state's unemployment website in a single week, The Colorado Sun reported. As of Friday, March 20, about 28,000 people had managed to file a claim.

The Colorado Department of Public Health runs a mobile drive-through testing lab that it has been moving to various parts of the state throughout the crisis. Meanwhile, a pair of biotech executives who live part-time in the resort town of Telluride have announced that they are donating enough blood tests for the new coronavirus to test the whole town. The tests are serological tests, meaning they use a blood sample to find out if a person was ever exposed to SARS-CoV-2, according to The Atlantic.

On Thursday (March 26), the state announced that the Department of Health and Human Services is sending 7,500 test kits specifically to track the virus in healthcare workers and first responders, Denver 7 reported.