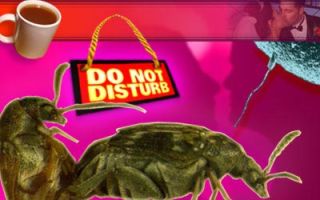 The Sexiest Stories of 2006

Animals obviously hook up, at least during mating season. But do they like it? According to experts, there are two answers: "yes" and "it is impossible to know." "Mosquitoes, I don’t know," hedged Mark Bekoff, a University of Colorado biologist and author of "The Emotional Lives of Animals" (New World Library), "but across mammals, they enjoy sex." In fact the enjoyment of sex among humans and among animals may be similar in that it's all experienced in very primitive parts of the brain. Really wild orgasms Not only do animals enjoy the deed, they also likely have orgasms, he said. They are difficult to measure directly but by watching facial expressions, body movements and muscle relaxation, many scientists have concluded that animals reach a pleasurable climax, he said. Then why do, say, wolves abstain most of the year? "It is not that they don’t like it, it is just who they are," Bekoff said. In the wild, having sex makes one vulnerable to attack. For example, a male wolf gets "locked" inside the female for up to a half hour, he said. Besides, if wolves got it on during the summer, it would be poor family planning; their delicate pups would be born in the dead of winter, he said. Humans, though, are not alone in wanting sex regardless of reproductive timing. Bonobos and possibly dolphins also pursue sex recreationally, Bekoff said. Al that said, we can never completely know another being's emotional state, Bekoff points out, adding that it can even be hard to judge that of a human. And we can't ask a tomcat how his date went last night. Kent Berridge, a biopsychologist at the University of Michigan, compared the brain activity and facial expressions of animals to that of a more readable creature: human infants. When given something pleasurable to taste, both rats and humans make almost identical mouth shapes and sucking motions. Their brain reactions also mirror one another. If we believe the infant "enjoys" the sweet taste based on her pleasant expression, it follows that the rat likely enjoys it too. Primitive feelings Sweets and sex — as well as drugs, winning the lotto and every other rewarding experience —stimulate the same brain circuit, said Berridge, and this pleasure circuit is common to both human and non-human animals. His experiments suggest a further homology, one of emotional experience. "Our chief anatomical difference from [other animals] is up in the prefrontal cortex," explained Berridge, but the generation of pleasure is happening at "lower" brain structures. The human cortex may interpret pleasurable sensations and assign them special meaning (or not). In this way, a human’s experience of sex may be qualitatively different than an animal’s, but no less (or more) enjoyable. And of course, Nature offers her own proof that sex is pleasurable: plentiful offspring. "There are damn good evolutionary reasons for animals to enjoy sex and have orgasms," said Bekoff. "My null hypothesis is that they do," he said, adding a challenge: "Prove that they don't."