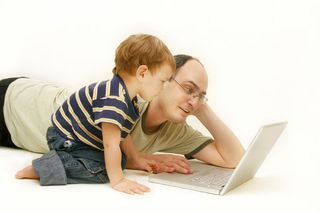 The percentage of all adult Internet users who watch video online also jumped in the last two years, up 66 percent in 2010 from 52 percent. Meanwhile, about 51 percent of all online adults listen to music online, compared with 34 percent the last time this question was asked, in June 2004. While Gen Y used to be by far the most avid listeners, Gen Xers and younger Boomers are catching up.

As of May 2010, more online adults are using classified ads websites such as Craigslist, up 53 percent from 32 percent in September 2007, the report said.

In addition, searching for health information -- an activity that was once more popular among older adults -- is now the third most popular online activity for all internet users 18 and older.

Few of the activities discussed in the study decreased in popularity for any age group, with the notable exception of blogging. Only half as many online teens work on their own blog as did in 2006, and Gen Y has also seen a modest decline—a development that may be related to the growing popularity of social network sites.

At the same time, however, the popularity of blogging increased among most older generations, and as a result, the rate of blogging for all online adults rose slightly overall from 11 percent in late 2008 to 14 percent in 2010.

Yet while the act formally known as blogging seems to have peaked, Internet users are doing blog-like things in other online spaces as they post updates about their lives, musings about the world and links on social networking sites and micro-blogging sites such as Twitter.