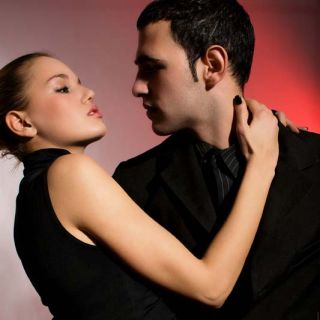 No means no — but not all men get the message, according to a new study. The research shows that men who endorse sexually aggressive attitudes are worse at remembering cues of disinterest from women than are men with more relaxed mindsets about sex.

According to 2000 report by the Department of Justice, 17.6 percent of American women are the victims of a completed or attempted rape at some point in their lives. The finding that sexual aggression is associated with problems processing women's cues doesn't excuse these attacks, study researcher Teresa Treat, a psychologist at the University of Iowa, said in a statement.

"But if we can better understand how women's cues might be misinterpreted, we'll be better able to address the difficulties of some young men that can result in such negative consequences," Treat said.

Treat and her colleagues asked 232 college-age men to look at full-body photographs of women who varied in attractiveness, attire and body language. Some of the women wore "come-hither" expressions, while others scowled or otherwise indicated disinterest.

After a break, the men viewed the same photographs again, this time mixed with new photos of the same women wearing the opposite expression. A friendly smile, for example, would now be a look of scorn. The men were asked to pick the photographs (with the observed expressions) they'd seen before. Then they filled out surveys about their relationship history and sexual attitudes.

"Tracking and remembering a partner's emotions may play a role in the initiation and maintenance of a serious romantic relationship," Treat said. "Likewise, misremembering a woman's level of sexual interest could prompt some men to make unwanted sexual advances and become frustrated when a woman doesn't respond as anticipated."

Rejection in the real world

While the study suggests a link between ability to remember a woman's interest and sexual experience, researchers aren't yet sure how the two are related. Sexual aggression may cloud men's memory of what women really want, or an inability to properly read women might lead to sexual aggression. Other factors are almost certainly involved, according to the researchers.

The next step is to expand the research beyond photographs and into real-world scenarios, Treat said.

"In this study, the information young men had about the women was restricted to a photo," Treat said. "In the real world, they'd be able to see how the woman responds. We'll need to see whether similar patterns emerge when men receive more information on women, perhaps through video or audio, or in structured interactions."